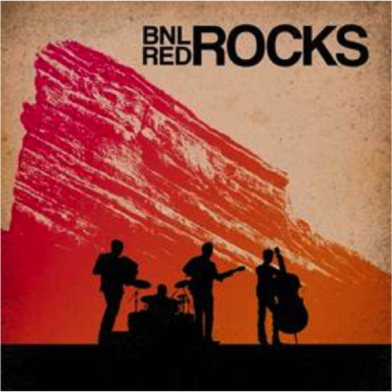 On May 20th, The Barenaked Ladies released their latest Live Album BNL Rocks Red Rocks available here with exclusive album bundles available on their website www.BarenakedLadies.com. The album was recorded last year at the Mirroson, CO Amphitheatre in June during the Ladies’ Last Summer on Earth 2015 tour. The album captures the band’s energetic stage performance and musicianship that shows the bands longevity in the ever-changing pop/rock landscape.

The album features some of the bands biggest hits including “One Week”, “Pinch Me” and “If I had $1,000,000” and kicks off with “Get Back Up” from their 2015 album Silverball. Whether you’re a fan or not you can’t deny that these guys know how to write catchy tunes and this live album is a perfect example that these guys still got it. Despite never owning a single BNL album, I found myself singing along with tracks like “Odds Are”, “Brian Wilson” and “Falling For The First Time”. There’s also a full-length performance of the Big Bang Theory Theme song in which we get to hear the three other verses in the popular TV shows anthem. To the audience’s surprise during their performance the band calls up Colin Hay to perform his hit “Who Can It Be Now” along with Blaise Garza of Violent Femmes who covered the famed sax solo. With over a decade’s worth of albums and touring under their belt, the album is fun to listen to while going down memory lane and there’s no shortage of good tunes.

Along with the release of the album the band announced that they will be part of the Toronto Urban Roots Festival coming in September 16-18 2016 at Fort York – Garrison Commons. Barenaked Ladies are currently on the road for an extensive U.S. Run and can be found in a state near you! Their current tour “Last Summer on Earth 2016” features special guests OMD and Howard Jones and you can head to their website for a full list of tour date.