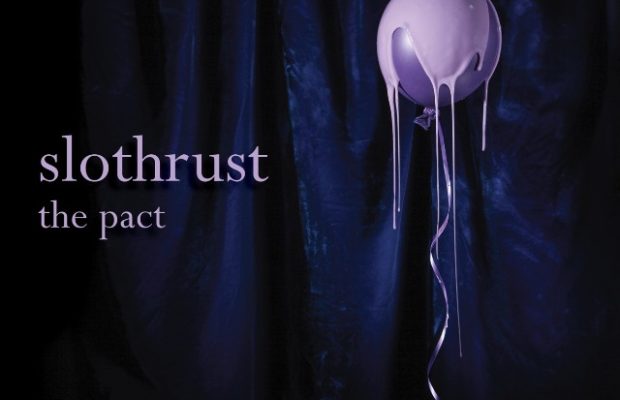 Since 2012, Slothrust have been bringing something entirely different to music. A tone that is something that does stand out, and this is no different in the case of their new album The Pact. Their newest release is definitely something to keep an eye out for. The American trio have been working hard to produce a quality album but keeping the formula they are known for makes them stand out above other bands trying to do similar things with their releases. The unique combination of alternative rock mixed with aspects from a 90s style rock, gives Slothrust a definite edge towards others and this record does not disappoint.

The Pact seems to put the band in a strong position as it seems to fully show the listener what they are able to do, the songs range from manic to gently melodic which creates an incredible listening experience. It is such a unique sound that is incomparable to anything that is being released.

That being said, it seems like this could be something that goes against the band, the sound that they have created could keep them as quite an underground band, not to say this is a bad thing, but with the way current trends are going this is something totally different. Different isn’t always as welcomed as it’s hoped to be.

The work put in by the band is easy to see when looking at the consistent flow of albums, with only short breaks in-between each release Slothrust definitely do a great job at keeping their fans happy. With the time they have been working and the experience they have gained over the years  that they are full with ideas they can’t wait to create.

The Pact is something that does need to be experienced and heard, it’s hard to put into words how this album is, Slothrust are doing their own thing and they want to make everyone aware of that. There’s hope that they carry on with the direction they have created and develop from what they have learned from this release.