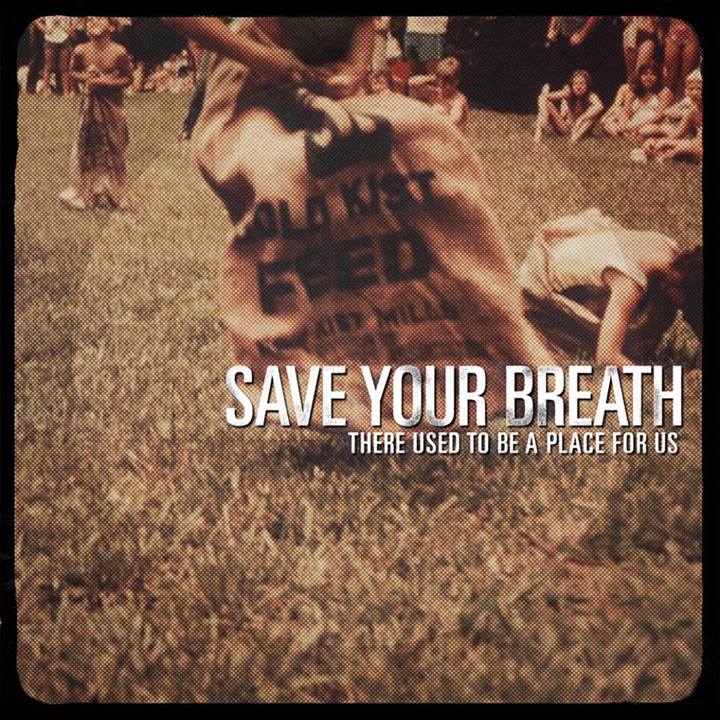 Save Your Breath’s next album entitled There Used To Be A Place For Us is set to be released in the UK/Europe on October 7th and October 8th in the US. Being released through Animal Style Records, the album consists of eleven songs.

From the first beat you hear to the last word that’s sung of this album, you just know these guys get it. You can feel it in every instrumental movement and every vocal range happening. They just.. Get it. They get life and they get music. More importantly, they get what it means to bring life to music. The first song, “Lessons”, has this one line “you’re not brave enough to fail” that just makes you take a step back and reevaluate any favorite lyric you’ve found in the current releases of 2013. You’ll be very pleased to know that it doesn’t stop there. The rest of the album is filled with very real, very relate-able lyrics. And, possibly the best thing about this album is how well the vocals and the instrumentals blend together. These guys aren’t just a few people people making music – they’re one. That seems to be a very rare thing to find these days in the music scene. The last track, the title track, is the perfect ending to the album. It sounds like a beautiful goodbye. The best part, of course, is that you’ll be able to replay it all once it’s done!

Bass player Ben had been quoted saying “In life, we do something – normally wrong – then the next time, we do it a little better.” It’s safe to say that this album is more than just “a little better”. There Used To Be A Place For Us has some serious potential to win my vote for album of the year.