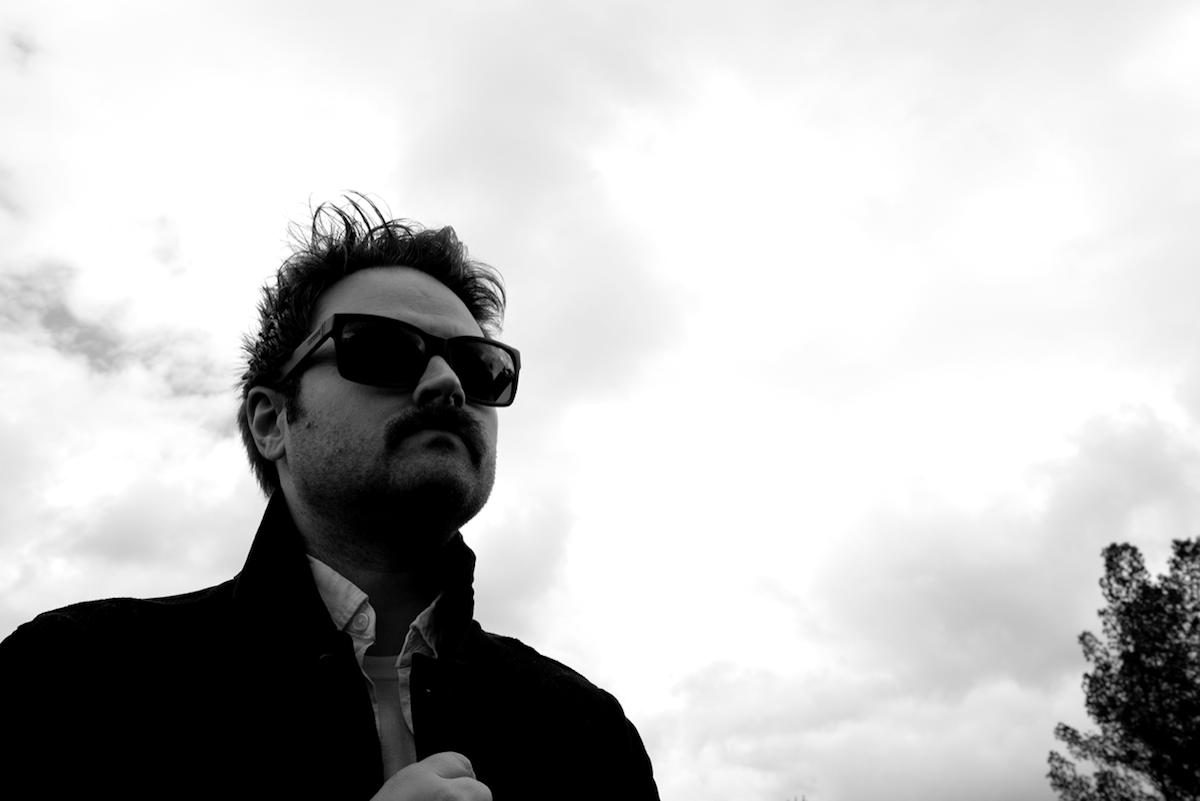 Los Angeles native and former member of Awolnation, David Amezcua steps back in to the spotlight with his latest solo effort, ZIMINY.  The first single “She (Zoey Deutch)” harkens back to the beloved tones of 80’s, surf and R&B music (think Bill Champlin, Beach Boys, Toto), with a modern twist. “Professionally, my instrument has always been bass.  But piano has remained as my first love.  It feels good to get back to it.  Sitting back down to write songs on the piano, the first one I wrote was “She (Zoey Deutch)”, so it felt appropriate to make it my first offering.  Ironically this song literally has nothing to do with Zoey Deutch, yet everything at the same time.”   Dave’s professional career has typically placed him on the bass, touring with groups like Awolnation and Under The Influence of Giants — but he’s always identified as a piano player first.  “It’s strange it’s taken 10 years of playing music professionally to sit in the chair that sort of started it all for me.  I would consider the direction of the sound direction-less, or no genre, as I have so many influences that will inspire a different shade of a song.”  Inspirations stem from the 60’s-80’s with artists like The Beatles, Elton John, The Doors, Toto, David Bowie, Chicago, and singers like Bill Champlin and Luther Vandross. Dave also finds inspiration in a lot current music as well like Cage the Elephant, Tame Impala, and yes, he remains a big fan of his old stomping ground, Awolnation.  You can follow ZIMINY and stay up-to-date with all upcoming news and music via the following links.
Website | Facebook | Instagram | Twitter | Soundbetter Bassist profile | SoundCloud
You recently formed your latest solo project ZIMINY.  Having performed with other bands and done other solo projects, what led to want to start ZIMINY?
Thank you Stitched Sound for having me! I have been in many bands through the years. Some, where I had more creative contributions, and others not so much. With ZIMINY, it’s my blank canvas. Where I can take the creative brush and literally paint whatever I want. The untethered freedom is liberating. I just finished a session today for an upcoming song I wrote, where I played every instrument and sang every note. It’s a really amazing feeling.

You have said that your instrument has always been the bass but the piano has remained your first love.  What can you tell me about your love for the piano and what inspired you to return to the instrument to write the songs for this project?

I landed my first professional gig in 2005 as a bassist with this group called Under the Influence of Giants. I was thrilled to take the gig and get a music career underway, but early on I remember asking a friend to throw my name in the hat to snag the keyboard gig. It all turned out the way it needed to, but I just love playing keys. It’s a true extension of my heartbeat.
What kind of equipment/gear do you tend to use for recording?  What are your thoughts on analog vs digital?
It’s funny, I was just talking to a friend about this. I have these really cool vintage Fender basses that peers would assume I’d use all the time. But my favorite bass to track with is this bright and shiny new Fender P I bought directly from the Fender website. It just sounds so good recorded! I use Fender for both bass and guitars, UAD, API 5500 EQ, UA 1176 Compressors, API 3124+ Mic Pre among other various things like all the fun plugins. It gets the job done!
What can you tell me about your debut single “She (Zoey Deutch)”?  What inspired the ’80s, surf and R&B sound of the song?
I wrote this song with nothing in mind other than writing a fun little love song for my wife, whom I’ve been married now to about 7 years. The problem was, her name didn’t quite fit the hook. So I was at a crossroads of doing a different hook, or keeping a name in there like I originally planned. Zoey Deutch came to mind, and I just remember being really intrigued.  And that’s how it came together.

You worked with two former AWOLNATION bandmates in the studio!  What was that experience like?  Do you have plans to work with former bandmates and collaborate on other songs, as well?
Yes! I have worked with Kenny Carkeet on every song I’ve done for this project. He is a suuuuper talented engineer and producer. I tend to already self produce everything, but Kenny is amazing at putting it all together in true engineer fashion. Knows his way around all his gear, and software like no one I’ve ever seen. Ken also mixed “She (Zoey Deutch).”  I have another song coming out this summer and I got my old drummer Hayden Scott to smack the drums on it. It’s been really great reconnecting with all my old buddies like this.
What has it been like for you to launch this project during the COVID-19 shutdown?  How has it changed the plans you had for the release of your single and promotion of the project?
For me it’s actually been easier to focus. Growing up, my dad was an anchorman on the Morning News in Los Angeles, and I have been programmed since early on to watch the news. Since this has happened, it’s the first time in my life that I have shut off the news. It’s just too much. I am staying in the loop when it comes to information regarding preventative measures, but other than that I have shut off the TV. That has shifted my focus directly on music. It’s been hard though. I am also an entrepreneur in software development, and one of my lead engineers was admitted to the hospital over 9 weeks ago with Covid-19. I haven’t heard from him since and I’m just praying he recovers. All of this is unbearable to think about and this is why now more than ever, music has become so important to me.
I read that you also record bass and other instruments for other artist’s music. What do you enjoy most about working with other musicians on their tracks?  Having credits in the music industry and television, do you have any other fun projects coming up?
I love playing on other artist’s music because it challenges me in ways I can’t challenge myself. It’s a new frontier every time. Honestly, I would love to get more studio work! Now with technology, I am easily searchable via my SoundBetter profile for bass sessions. Anyone around the world can hire me out. ZIMINY is my current project and obsession!
What’s next for you?  What are your goals for ZIMINY going forward?
Just like any new venture, I would love to see ZIMINY go the distance! I plan on releasing new music every few months, so please follow ZIMINY wherever you stream or buy music!