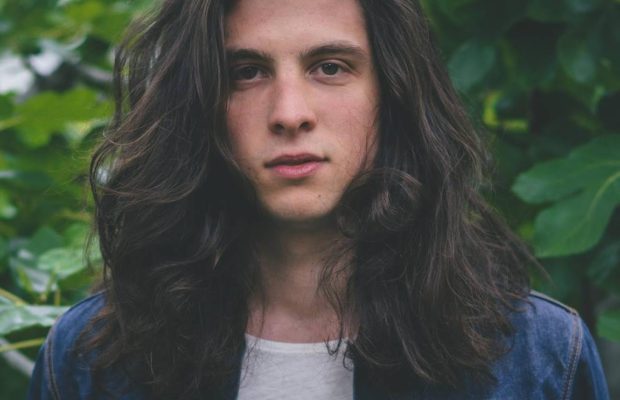 Billy Raffoul is an emerging artist from Leamington, Ontario whose sound is being compared to Jeff Buckley, Joe Cocker and Neil Young.  Having been born into a musical and artistic family, Billy has been around music for his entire life, knowing from a young age that this is the career he wanted to pursue.  He ultimately signed with Interscope Records and recently released his debut single, Driver, which will be featured on the upcoming release of his debut album.  He will be hitting the road this summer, once he has finished recording his album, so make sure to catch a show if his tour stops in or near your city. He was kind enough to take a break from recording to answer a few questions!

Words & Questions by Emily May

Stitch Sound: Congratulations on your debut single “Driver”!  How has the reception been so far?
Billy Rafoul: Hey Emily! Thank you. The reception on Driver has been great so far. It’s an awesome feeling to start to put out music.

SS: I read that “Driver” was inspired by a hitchhiker that you and your family picked up.  What was that experience like?  Are all of the songs you write based on personal experiences?
BF: It was a really random and a pretty ordinary experience. just helping someone out. I didn’t really expect the night to stick with me, let alone inspire me to write a song about it. Then for that song to become a single is kind of cool. Its origins are so simple but people can take it however they want.

SS: You grew up in a very musical and artistic household, with your dad being a musician as well.  How did that influence your life and your decision to pursue music as a career?  Did you always want to have a career in music?
BF: Even though my dad has been a musician my entire life he never pushed it on me. I think that made me want to do it all the more. Watching him perform when I was barely in my teens was the first time I realized that this is what I wanted to do with my life. Whatever it took. My mother, also in the arts was and is nothing but supportive.

SS: What advice did your dad give you when you decided you wanted to be a musician?
BF: He just told me to work hard. I could see how much work my father put into it. More than anything he showed me perseverance in an always uncertain and ever changing field of work.

SS: Your sound has been compared to Joe Cocker, Neil Young and Jeff Buckley.  Were they big influences on you growing up?  Who else influenced you?
BF: I am flattered to have their names anywhere near my music. The biggest influence on me growing up had to be the Beatles and whatever my father would play. Growing up I got to hear some of the greatest songs through his lens or his interpretation of them.

SS: How did you come to sign with Interscope Records?  How has signing to a major label impacted your life and career so far?
BF: I had been with my manager for a little over a year. Writing songs, tons of songs. Once we felt like they were right we went around auditioning acoustically for labels and found the right home at Interscope. Working with them has been surreal and it really inspires me every day. It feels like a family here.

SS: What has it been like for you to split your time between the US and Canada?  How has the experience been for you to live and record in Nashville?
BF: It has been really great to be able to go back and forth, especially going home to see my family. The music community in Nashville is like no other and I’ve met some people that are now close friends.

SS: Have you had any particularly memorable recording experiences or collaborations so far?  Will any other musicians be featured on your album?
BF: For the last two years, I’ve been able to record in some pretty remarkable studios. From Blackbird Studios in Nashville to Ocean Way, and The Village Recorder in Los Angeles. I’ve written the majority of my record at Interscope’s Studios in Santa Monica where I am actually typing this right now. As the staff would probably attest I’ve spent enough time here to warrant having my own room or at least a cot… I’ve also had the pleasure of spending time with some iconic producers in Rick Rubin, Greg Kurstin, and Mike Crossey.. With Mike Crossey producing my entire album. These experiences will definitely stick with me.

SS: Do you have any upcoming shows or festivals that you are particularly excited about?
BF: Yes! I am really looking forward to supporting the Kings of Leon at London’s Hyde Park on July 6th.

SS: What can we expect from your debut album?  Do you have a favorite track or one that has a special meaning for you?
BF: The album (Which we are getting really close to being finished with) will be quite dynamic. It has bigger and louder productions like Driver on one end and completely live acoustic performances on the other. At its core it is a rock n roll album. Until we’re done recording them all I don’t know if I could pick a favourite track to be honest!

SS: What’s next for you?
BF: In the coming weeks, we will be releasing my first music video for Driver which I am really looking forward to sharing with everyone. After that I am back in the studio to finish the album and not long after that we will be hitting the road!