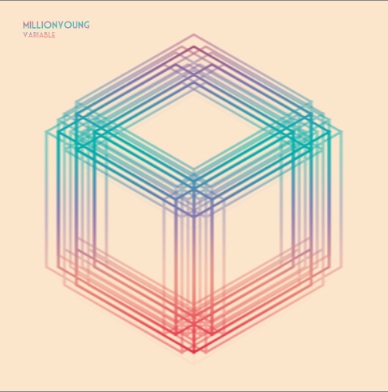 By Azaria Podplesky
There’s nothing wrong with Millionyoung’s Variable; there just really isn’t anything to write home about either.

Florida-based musician Mike Diaz’s second album, released on Rix/Old Flame Records on February 12, is a solid 10 tracks of dance/electronica songs, many of them in the same vein as Passion Pit with, at times, unintelligible lyrics.

However, while listening, the songs tended to fade into the background. I found myself struggling to focus on each song, absentmindedly bouncing along to the beat while I went about my business but not really taking in the lyrics or the music, all played by Diaz himself. The album is not without a couple of stand-out tracks, though. “Nao” is a really bright song that you can’t help but nod along to, and the steady drum beat paired with the groovy instrumental break make “Everyday” the best song on the album.

Though Diaz succeeds in his mission to create a listenable, indie electronic album, Variable would be better appreciated on a track-by-track basis, the sun-drenched sounds broken up by songs of other genres on an iPod, for instance. Each song on the album provides a nice auditory breath of fresh air, but taken as a whole, Variable doesn’t leave much of a mark.