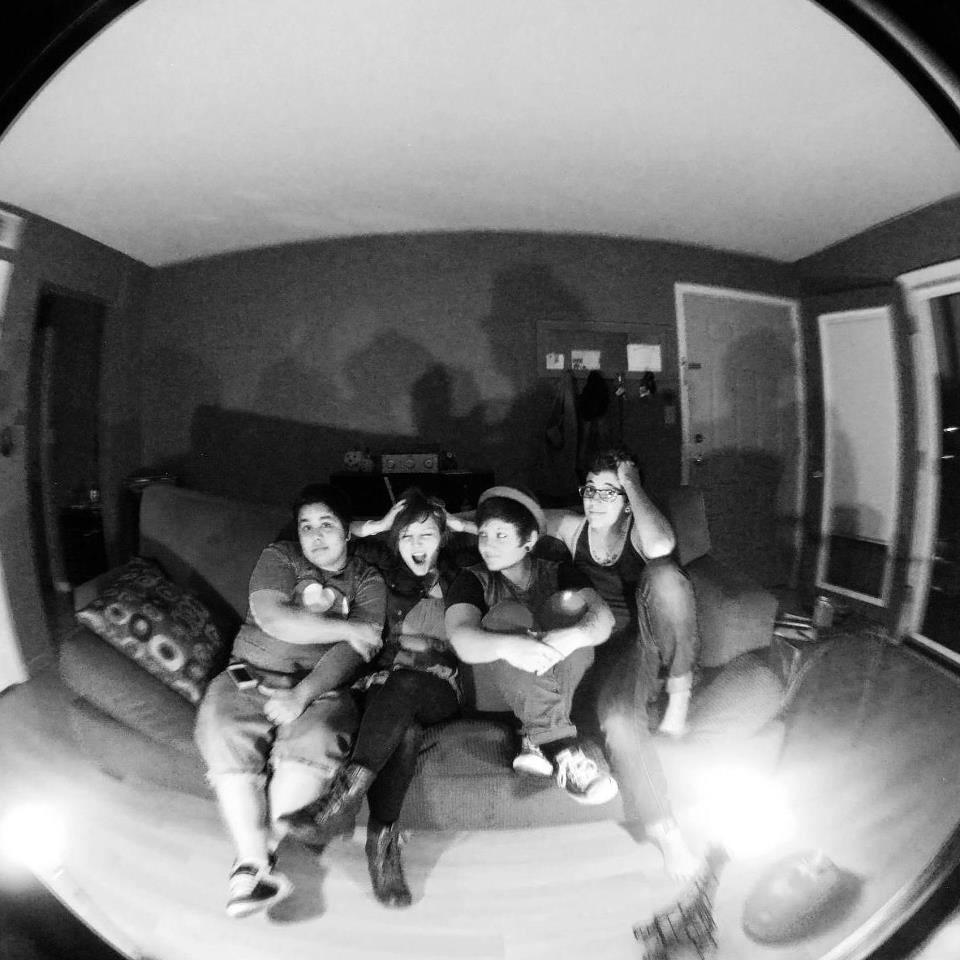 Kickstarter is a site that the four of us in Grenadina had been contemplating since our first EP. We realize that there is something a little distasteful about asking people for money. We hate doing it. We ended up teaming up with a very close friend to do some quick yet efficient recordings on a four-track for “Pretend for Me,” which amazingly received really great praise, but we realized very quickly that if we wanted to take it to the next level as a band– well, we were going to need something a bit more polished. We appreciate Kickstarter for their rewards system. Rather than just asking people to pay up, it’s more of a pre-order with perks. It was really fun for us to set up some quirky and exclusive little deals that people have already actually taken to!

Our dear friends in the St. Louis pop-punk band, Home & Away, were the ones that kind of sealed the deal for us and Kickstarter. They had utilized it to help fund their trip [oddly enough] to the same recording studio that we’ll be heading to in May. They sent a few of their recordings over, and we were instantly persuaded. I think that with a place like Vibe Studios– producer John Burke provides professional quality recordings at super affordable rates despite the national titles under his belt– Kickstarter is a reasonable means of trying to raise money to record. Mostly because it’s not some huge ballpark number. I find that when I am looking into backing a project, I am more drawn to campaigns with smaller goals that seem much more modest and tangible.

It’s weird to think about this upcoming album versus our debut EP, “Pretend for Me.” Most of the material we’re writing is a lot darker and refined. It’s not so scatter-brained like we’ve tended to in the past. I wouldn’t say there is more pressure on the album itself, because we are confident that it exceeds our capabilities on PFM. We’ve grown so much as a band in less than a year– our one year anniversary as we are now is coming up in late-March. It’s more of an anxious thing. We are just so impatient when it comes to releasing anything we’ve done and sharing everything with our friends and family, so maybe the pressure lies more in keeping things quiet.

We can collectively agree that we would have even considered doing something like this without the sustaining support of everyone around us. It’s something when you begin to notice strangers consistently keeping in touch, and we definitely have social media to thank for that. Facebook has been a huge outlet for us, and while we can all gripe about how trivial the internet is, there is no doubt that music has entered a Digital Age and we wouldn’t exist without it. The bottom line is that whether it’s digital, physical, or just a simple word of mouth– our band wouldn’t exist without all of the feet that have pedaled us here.