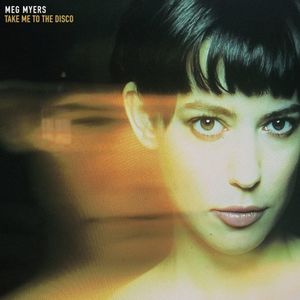 Don’t let the title of Meg Myer’s second LP fool you. Take Me to the Disco is not the pop dance album of the year, but a dramatic ballad filled record with lots of depth. Her second album and the first studio release since splitting with her record label Take Me to the Disco is a theatric experience of an album. the album starts off the titular track a fire slow song which sets the tone for the set of you up for what follows. The album uses imagery of death through out the album for to create an dramatic metaphors for relationships. Possibly both real relationships and the the relationship with her former record label.

When her debut album Sorry from 2015 many people compared Meg Myers to Alanis Morissette, but the comparison seemed a little force and with this new album Myers set herself apart. With her own original style that includes heavy use of orchestra instruments and theatrics of Take Me to the Disco really help her stand out in a sea of indie artist that more or less sound the same. Many have said Take Me to the Disco is an album that is angry but I disagree. The album isn’t angry in my opinion it’s sorrowful and fierce. While some tracks have a lot more aggression over like “Tear Me to Pieces” and “Death of Me” I wouldn’t label the album with as angry. With tracks like “Some People” and the acoustic last song “Constant” this album is much more.

Overall Take Me to the Disco is a well-constructed and interesting album. Myers definitely put her heart into thisbalum ajsbyruely expressed herself. It was very much worth the wait.