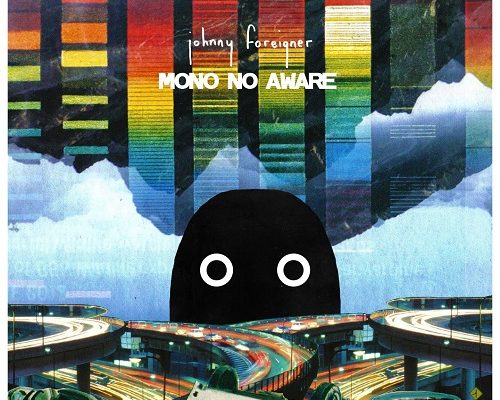 English indie darlings Johnny Foreigner are set to release their fifth studio album on July 8, Mono No Aware, and more than anything, they want this record to resonate with their core fan base. “I am waaay too emotionally invested to tell you objectively if this next record is awesome or a failure. Or worse, somewhere in the middle,” lead singer Alexei Berrow stated.

For this band, celebrating the release of this new album also marks the tenth year the band has been together. For the past decade, they’ve managed to secure a lasting place in the ever-changing UK music scene.

Mono No Aware is an emotional, deep breath in an ocean of catchy synth loops and delightful harmonizing. Opening the record, “Mounts Everest” is a stripped down, acoustic track with vocals by Berrow and bassist Kelly Southern that lures listeners into an album that sounds like the work of a fresh-faced, bright-eyed band who know what it means to collaborate and come together.

The album’s strength shines through in “I Can Show You the Way to Grand Central”, a track that could easily make its way to British and American radio. The band sound like what Bloc Party started out to be and what The Hush Sound have become: a truly approachable pop group with just enough awareness to avoid becoming cliché.

Berrow revealed his trepidations that Mono No Aware would be received as a “middle of the road” record; his fears will surely be abated when the rest of the world gets to listen to this lovely album.