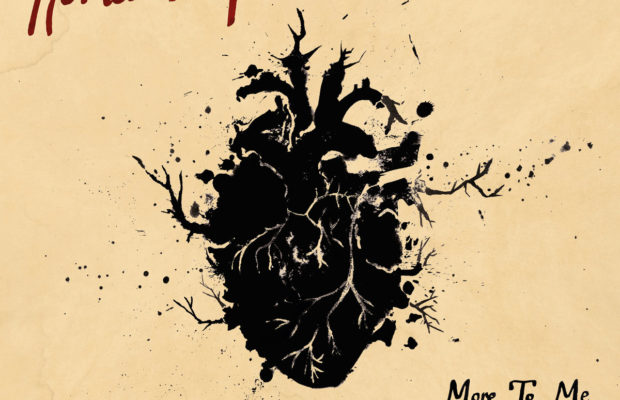 Since 2015 Homebound have been finding the perfect sound to fit into the pop punk genre. With the release of multiple EPs giving us a taste of what they can do, they have been making a name for themselves. From their first release “Permanence” to their newest EP “More to me than misery” the changes are subtle but stand tall and the band have definitely come into their own and they are owning what they are going for.

With tours alongside some of the scenes giants like Mallory knox, Black Peaks, Boston Manor and Neck Deep. Homebound are no strangers to the spot light. With the upcoming release of the new record they are headlining a string of shows around the UK with an up and coming band Modern Error.

The flow of this EP is undeniably incredible, alongside the pacing and the production value makes the development shine so much more and it really shows everyone what Homebound are really capable of and they keep showing us time and time again with every release.

It’s hard to stand out from the crowd when it comes to the pop punk genre but that is exactly what homebound are doing, they are bringing a solid mix and it’s suitable to the writing style and the general style they are going for, with breakdowns that are a perfect fit to songs and lyrics that are still so hard hitting and relatable which is definitely something this band does incredibly and have done since their first EP back in 2015.

It’d be easy to see that some people will not give Homebound the chance they deserve as they could think that it they are just another generic pop punk band and they want something more than what they have, but after spending some time listening to “More to me than misery” it is safe to say that Homebound are on their way to something much more than generic. It is difficult to find criticisms for this EP as it is once again such a solid release and I think that is something the band should be proud of as it definitely goes to show that Homebound do know what they are doing when it comes to their art. It would be amazing to see Homebound grow and develop even more when it comes to their future.

Whilst getting hands on with Homebound’s latest release, our writer, Jordan Burke, had a chance to have a chat with the front man himself, Charlie Boughton.

Jordan Burke: Thank you for taking time out of your day to answer these questions and we will hope straight  into it. I hope 2018 has been treating you well thus far and you’ve got the release of your 4th EP on the horizon, so how are you feeling about that?

Charlie Boughton: Very excited to have it out in the world for everyone to hear and to see what people think. The reception to the singles we’ve put out so far has been great so hopefully people will like it.

JB: What was the recording process like for this record? Was it different to how others went?

CB: Every band has their own way in going about writing but we tried to take on a different mindset when we went about this record in comparison to anything we’d done before. Honesty is a strong theme throughout the record, not just lyrically but I feel it transpires right through to the very core of everything we did with MTMTM. We treated the whole process like it was the last thing we might ever do as a band and I believe that’s made for the best collection of songs we’ve written to date.

JB: What was the inspiration behind the release of “More to me than misery”?

CB: We definitely wanted to push on towards a darker and possibly heavier sound with this record. We’ve always felt we’ve sat on the darker side of the fence when it comes to this kind of music but we wanted to assert that with these songs which I felt we have done considerably. Bands like The Used and Underoath played a big part in the music we grew up listening to and we wanted to write a record that reflected our music taste.

JB: Do you feel as a band that you have grown and developed since your last album?

CB: Absolutely, I think it’s important to show growth and as a songwriter, you know in yourself whether you’re writing better songs. We’ve refined our sound a little more and focused on the aspects we feel we do best. It’s still undeniably Homebound but there’s no hiding the fact that it’s a sharp change from the previous Homebound but it’s definitely the closest representation of the band we want to become.

JB: What do you think your fans will think when they hear this record?

CB: I think there will have been an initial surprise particularly when the first couple of singles dropped just because of the darker and heavier sound in comparison to our previous material. For those who follow our band, I think they will get what we’re trying to do with release and will be supportive of it.

JB: The song your most looking forward to playing live?

CB: Indelible will make for a nice change of pace during our set which we’re not used to having. It’ll give people a chance to catch their breath for a few minutes!

JB: Any stand out tours coming up?

CB: We are soon to start our first UK headline tour; It’s a little nerve-racking but it does allow for a some creative freedom in being able to explore our setlist a little more with having a longer set to play more songs.

JB: What are the hopes for the band in the future?

CB: More of the same, playing shows to new and existing fans and hopefully seeing the world in the process. It’s hard to set specific goals right now but your expectations do grow as the band grows so who knows what we’ll be thinking in a years time.