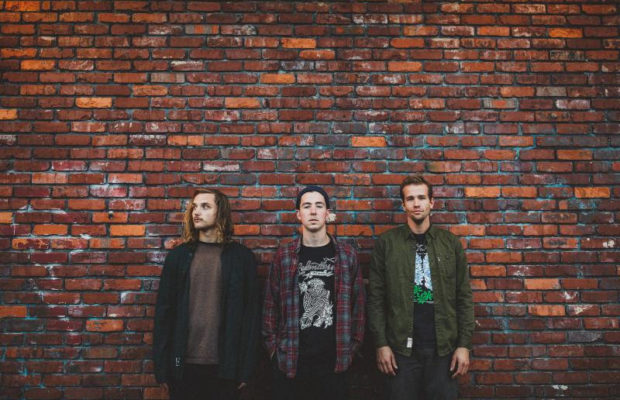 Minneapolis natives Household have released “Give Me Time,” a B-Side from the band’s latest album, Everything A River Should Be. You can listen to the stream below. In addition, the band has announced an upcoming fall tour with All Get Out. The run kicks off on November 1st, and includes stops in Atlanta, Brooklyn, Philadelphia, Chicago, and more.

Household’s latest release is a record that redefines who and what – and even why – the Minneapolis trio are. Anybody familiar with the music the band – vocalist and bassist Joshua Gilbert, drummer Matthew Anthony, and guitarist Nathanael Olsen – made before will immediately hear the shift in sound of these 11 songs. While the urgency and sincerity of the raw and visceral post-hardcore they began life making remains, Everything A River Should Be is a collection of dense, dark and brooding songs full of a tense, glowering atmosphere.

Lyrically, too, the album – which was recorded over the course of a month by Nate Washburn at Atlanta’s Glow In The Dark studios – marks a change in approach. Not only is this the first time the band have really had any production on a recording, but Gilbert says he has never written from the heart so much or presented so much of himself – and his emotions and fears and insecurities – within his songs.

“The songs touch on some close-to-home feelings for me,” he says. “It’s much more of a personal expression of my own emotions – it’s not so much a declarative thing, as some of our music has been in the past. It’s more personal and vulnerable in a lot of ways.”