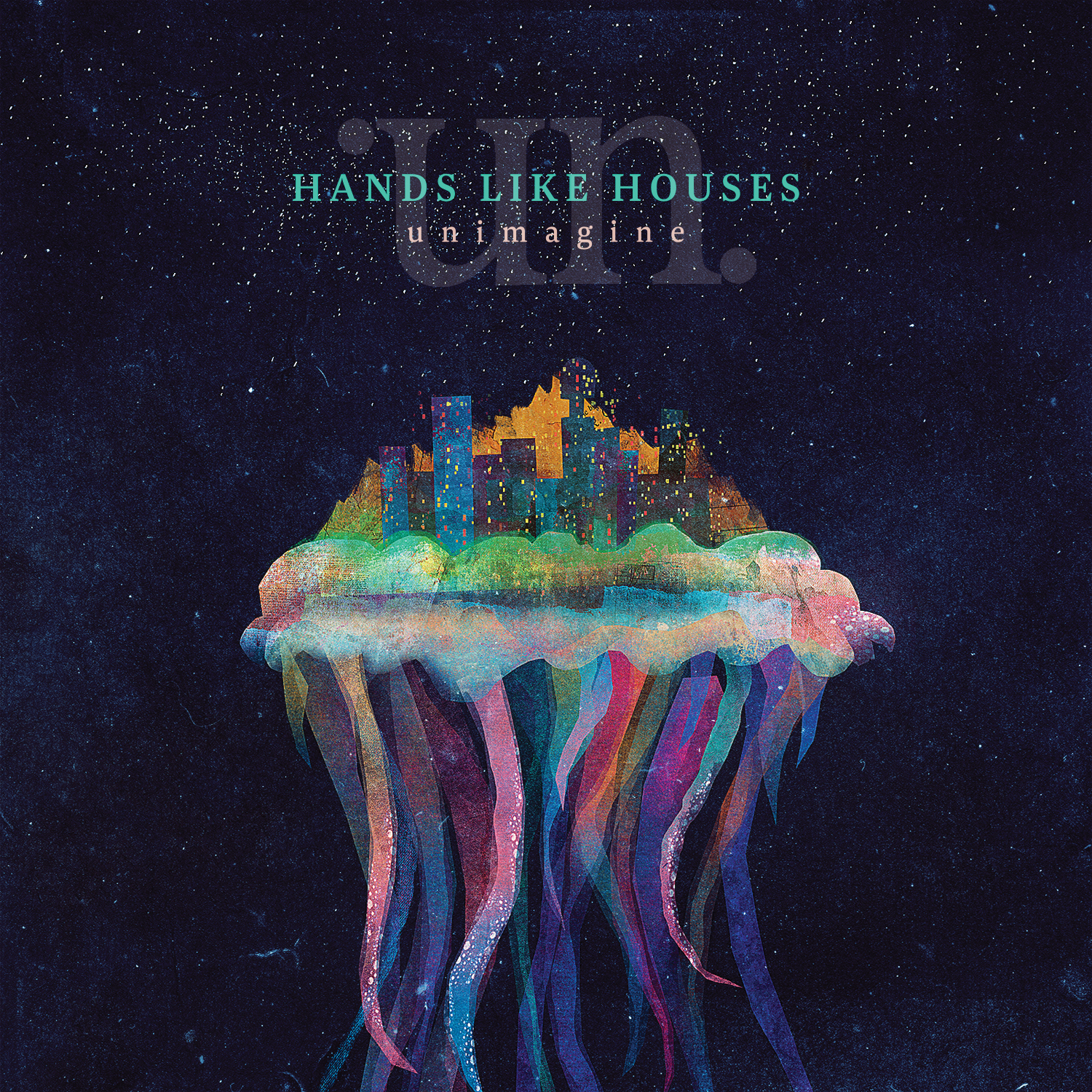 It has to be said that when it comes to their work, musicians wear their heart on their sleeves, and work themselves to the bone to please their fans.  With that being said, there are numerous notable and respected bands in the scene nowadays, that it’s difficult for young bands to get the recognition they deserve.  This should be noted, because it seems to be everything that the six-piece post-hardcore band, Hands Like Houses has done with their latest release.  On July 23, 2013, the group released their second full-length studio album titled, Unimagine through Rise Records.  With a successful debut album only a year ago, fans around the world were expecting great things from this clan of Aussie boys.  However, indifferent to their 2012 release of “Ground Dweller” Hands Like Houses has established a distinct sound with strong Panic! At the Disco, and You Me at Six influences.

For an 11-track album, the band has surly made one of the most dynamic records as of late.  The first track, “Developments,” introduces listeners into an eerie atmosphere with its subtle electronic moments, and classic guitar riffs intertwined together.  This melodic tune is somewhat of a smorgasbord of the whole record, as it tastefully gives the listener a bit of everything.  Track two, “Introduced Species” was released as the albums single earlier on in the year.  This song is highly reminiscent of “Ground Dweller” with it’s group sing-alongs, and fast tempo.  Yet, the band finds ways to revamp its sound.  About half way through the record, things start to slow down with “Oceandust” which is track seven.  This piano driven ballad shows a softer, stripped down side of Hands Like Houses.  Although this is new territory for the band, they definitely covered the basics with this song.  The final track on Unimagine is their second single, “A Fire On A Hill” which in ways resembles Panic! At the Disco.  The heavy keys of the piano tangling with the unforgettable guitar intro, and the choruses of “oh’s” tie the whole song together.

Though Unimagine may seem like a departure from Ground Dweller, the boys in Hands Like Houses have proved to their fans, old and new, that this is what they are passionate about doing.  Overall, the septets from Canberra, Australia, have come quite a long way since their formation back in 2008.  Hands Like Houses is, and will continue to be, six fun-loving, talented, musically driven guys, with really great mustaches.