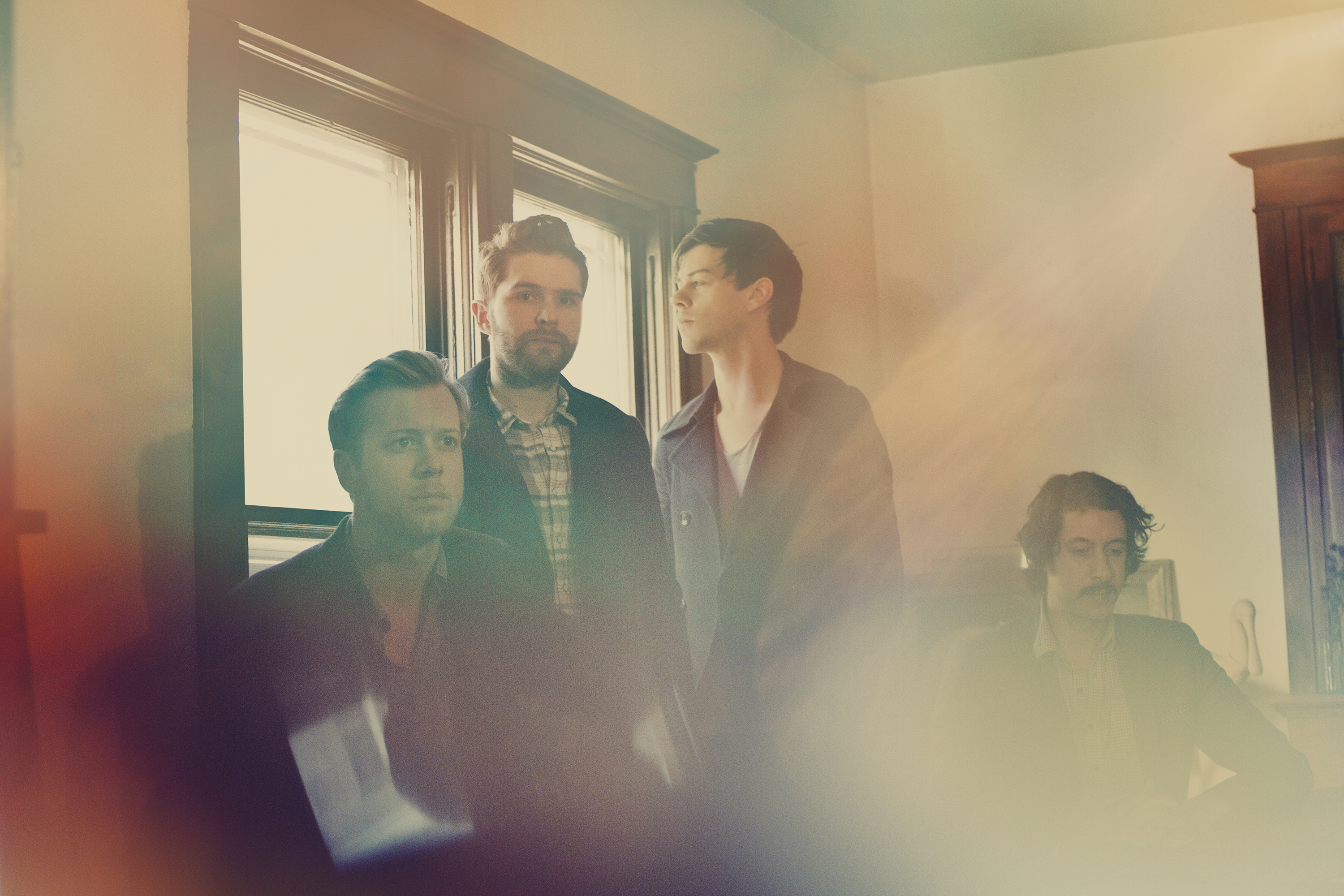 Currently on the road with Gold Fields, A Silent Film released their second full length album, Sand & Snow, this past June. Touring in the past with bands such as Civil Twilight, OneRepublic, and Temper Trap, the England natives’ music falls into the same genre as their past tour mates. With a sound resembling Keane, Sand & Snow is a great follow up for this band that assembled back in 2005.

Having self-produced this album in two American southwest studios, members Robert Stevenson (vocals/piano), Karl Bareham (guitar), Ali Hussain (bass) and Spencer Walker (drums) managed to create a record that bleeds musical depth and creativity, having no fear of trying new things. “Some of the vocals we recorded outside in the desert because we could. We dragged the cables out into a dry river bed and just let outside noises come out in the recording. I remember this noisy owl silhouetted in a tree. A producer wouldn’t have it, and that makes things becomes mechanical,” Robert says.

Opening the record with “Reaching Our Potential”, listeners will be able to tell immediately how much artistry was put into this batch of songs. With song and emotional lyrics to wear you down to the bone and instruments that flow together beautiful, leaving a dream like feeling on the track, this song is a perfect beginning to this album. “I felt like I always had a kinship with America; as soon as Icould experience it, and I didn’t have to read it in a book anymore, I needed it for writing,”

Robert says of where his inspiration and creativity for this record came from. “Previously I had written everything in Oxford, but as soon as I saw America, it changed my process; I wanted to live and breathe.”

The recommended song for new A Silent Film listeners is the second track, “The Stage is Ours”. The beautiful harmonies done by Robert Stevenson and the composition of the song, between the lyrics and the instruments, this track is a perfect representation of what kind of band A Silent Film is. Easily a tune that could be heard on the radio, this song is not only catchy, but as honest and real as any other song created by this group from Oxford.

The most unique song on this album can be found on the eighth track “Rustle of the Stars”. What can be noted as an ode to other bands in the indie genre, this song that is filled with an acoustic guitar and lyrics such as Laying on our backs under northern lights/And I hope it settles soon/A snow found romance will always repeat – this low key song is the perfect track that shows the diversity of music A Silent Film is able to create.

“Love Takes A Wrecking Ball” is the second to last song on Sand and Snow, showing off A Silent Film’s love for trying new things. With beats and melodies that could be heard on a track from Ellie Goulding’s first record, the electro influence on this song is stronger than other tracks on the album. The romantic and emotional subject matter will not only get people hooked, but it will give them something to relate to. “Sometimes you’ve got to pull a house down to build it again. You can keep fixing the doors and painting over the cracks but eventually it may come down and take you with it.” Robert shares regarding the meaning behind this upbeat track.

As music history has shown in the past, making it in the United States can be one of the hardest things for a musician to accomplish. Trekking all the way from England, however, A Silent Film has proven otherwise. With a perfect sophomore album that get both indie and pop music followers excited, Sand & Snow is a record that will help A Silent Film rise to the top.