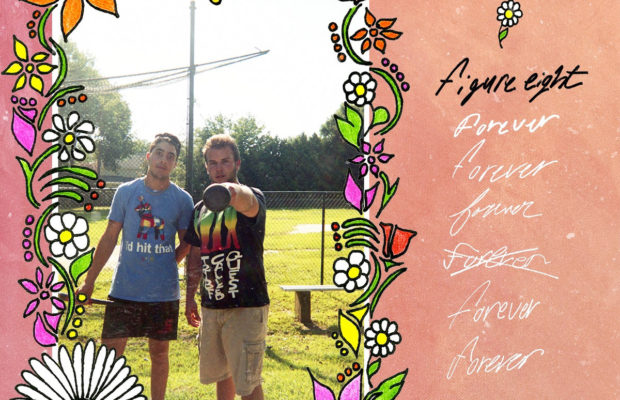 Up and coming Long Island rockers Figure Eight just released their new EP, Forever. A nice blend of emo, indie, and pop punk, Figure Eight is a band that can definitely draw a fanbase with an EP like Forever.

The first track on the EP is its title track, and a great introduction to Figure Eight’s sound. The song features some decently bouncy rhythm and melody, a little bit of grit, and some catchy pop punk vocals that feel as though they’re in the same vein as bands like Movements or Trophy Eyes.

The second track, “Clean,” has an intro that leads into the vocals of the song phenomenally. Once the vocals start, they feel simple and light, as most pop punk vocals do. But the words don’t pull punches. “You’re skin’s too thick now, but can you still feel me? … No one to take my place, no one to forget. You’ll forget about me.” Between those lyrics and the melodies paired with them, “Clean” is guaranteed to get stuck in listeners’ heads on repeat.

The penultimate track, “Keep You With Me,” is strongly framed with very clean drum work, and some super-catchy melodies. This is the kind of track that listeners will want to nod their heads along to and dance along with. It has the sound that a lot of current pop-punk bands are trying for, and is definitely a fun track to finger-point along to, as well.

Last but not least, the track “October,” is more reflective of an emo-indie sound, and a good choice to wind down the EP. Twinkling guitar melodies are sweet in listeners’ ears, and drum work behind them still keep the song from dragging. The vocals are still gritty pop punk in sound, but manage to also be simultaneously peaceful and soothing.

From track to track, Figure Eight manages to transition smoothly in sound and style. As an EP, Forever is extremely well-composed and produced. It would be no surprise to see Figure Eight opening on some moderately sized emo and pop punk tours in the future.