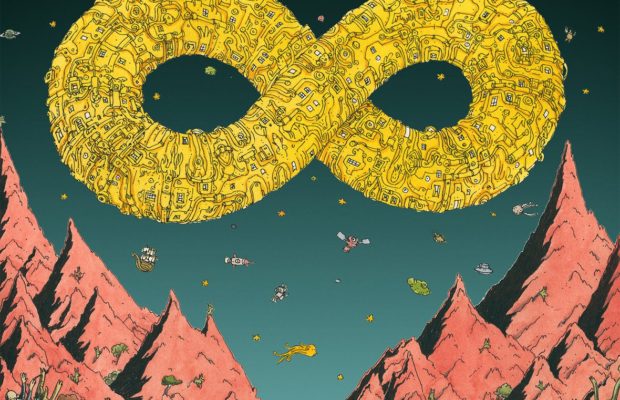 Dance Gavin Dance has been active for eleven years and in that time, the band has gone through numerous lineup changes. However, these changes have not stopped the post-hardcore outfit for creating a whopping seven solid albums – the most recent of which being Mothership. This album showcases a unique, consistent sound that can be described in no other way than “Dance Gavin Dance.” The band has always had a signature sound, and they continue to further that on this album, without creating boredom for long-time fans.

Clean vocalist Tilian Pearson does a phenomenal job at holding the crisp, fresh-sounding tunes and melodies that Dance Gavin Dance is known for. On the album’s first single, “Betrayed by the Game,” this sound is solidified. Unclean vocalist Jon Mess showcases his skills just as well on the following track, “Petting Zoo Justice.” Mess uses ragged, growling screams throughout the majority of the song, showing listeners that Dance Gavin Dance’s sound is more versatile than it seems.

On “Chocolate Jackalope,” Will Swan shreds with fast-paced, techno guitar riffs and hip-hop flavored vocals. These different aspects of the band’s music help them to create a melodic, diverse album that blends a sweet genre cocktail – R&B, pop, emo, screamo – they really have got it all.

Overall, the band does a fairly decent job on Mothership. For a new fan, the tracks may seem to blend together too well, in the sense that they are somewhat hard to distinguish between. However, if listeners are more focused on the album, they will still be able to tell that each song is quite unique in itself. Especially with Dance Gavin Dance’s tradition of extremely unique track titles. With song names like “Chucky vs. The Giant Tortoise,” and “Inspire the Liars,” what’s not to like?