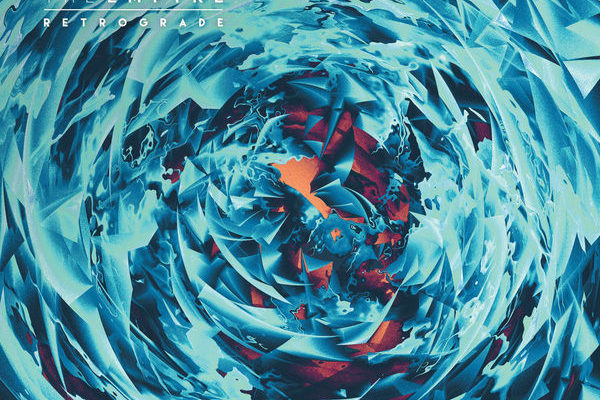 In the midst of their current run on the summer festival Warped Tour, Dallas rock band Crown The Empire have released their latest banger of an album, Retrograde.

With gritty guitar riffs and a mix of hardcore screaming and melodic vocals, the band blasts through the full spectrum of their sound on Retrograde. The beginning the album emerges softly with “SK-68”, which deeply reminded me of the epic intro of Good Charlotte’s 2002 legendary album, The Young and the Hopeless. Although the band has leaned towards a post-hardcore sound in the past, the album quickly shows their diversity in the rock genre with the next few songs such as “Are You Coming With Me” and “Aftermath.” Each song has a larger than life feel, giving the entire album an atmospheric quality that is quite inspiring.

A quality that gives Crown The Empire a unique edge is the presence of two lead vocalists. The differing approaches to phrasing and tone of lead vocalists Andy Leo and David Escamilla are flawlessly intertwined on Retrograde. Tracks such as “Lucky Us” and “Signs of Life” encompass digital elements along with the characteristics of both vocalists’ screaming and sing-songy melodies. The digital synth sounds seem to be the album’s main common thread, and this can be especially seen showcased in the instrumental track “The Fear is Real.”

The band’s uniqueness doesn’t just stem from their diversity in sound. From the album art of Retrograde to the whimsical clothing worn to perform, Crown The Empire is eccentric and refreshing in a scene that is so dominated by a cookie-cutter “hardcore” image. At any given moment you could see them in fedoras, plaid pants, patterned button ups, or brightly colored hair and suits. This paired with their electric energy and phenomenal stage presence makes the band a force unlike any other to see live… and I highly recommend you do if you’re out on Warped Tour at all this summer.

You can pick up Retrograde today and I would rate it a solid listen of 4 out of 5 stars!