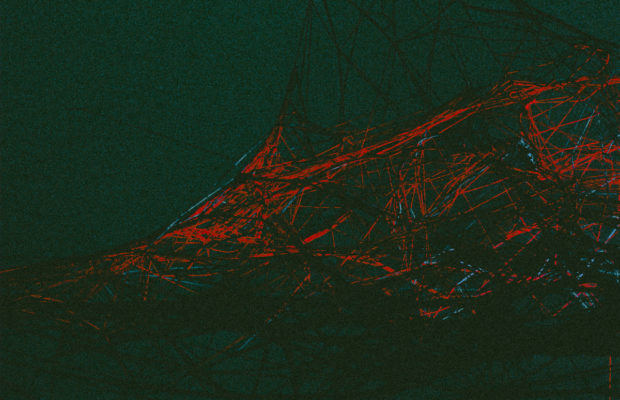 Where I Go When I Am Sleeping, Casey’s highly anticipated sophomore record, has been released for less than a day, and in that time has made waves.

On the band’s 2016 release, Love Is Not Enough, the band did an good job of establishing their style, both sonically and lyrically. The album was intimate and honest, and drew listeners in instantly. The band’s new release, however, does the same thing, but has fine-tuned their style into something unique and so raw. Where I Go When I Am Sleeping is a sobering look at vocalist Tom Weaver’s experiences in his life – pain, suffering, hopefulness, frustration – since the band’s last album. It is so very dynamic and intricate in the way it alternates between very vivid, slow moving melodies, and harsh and intense tracks.

The first track on the album, “Making Weight,” begins with a slow and simple melody so somber that it feels heavy in the air. Vocalist Tom Weaver makes his introduction with melancholy clean vocals, singing about his struggles with his mental and physical illness – “between depression and colitis I lost half of my weight.” Weaver’s pain is woven into every line of the track, and it is haunting. “I shouldn’t need medication to make it through the day.” The song then ends on an ominous droning pitch, leaving listeners moved within the first three minutes of the album.

Though “Making Weight” is the first song on the album, and the listener’s first impression, it is only one facet of the sounds that Casey produce on Where I Go When I Am Sleeping. The album’s second track, “Wavering,” falls much more into the same vein as Love Is Not Enough, in the sense that it comes off more aggressive and fast-paced, with Weaver solely doing more gritty, shouting vocals. Alongside Weaver’s coarser vocals on the track, drummer Max Nicolai sets the pace with quicker and more rhythmic drumming that keeps the song moving without rushing it.

Surprisingly, however, the band did not select “Wavering” as one of their first singles from the release. The tracks they chose, “Phosphenes,” “Fluorescents,” and “Bruise,” all do an impressive job of encompassing the album as a whole and giving listeners a solid preview of what to expect for the rest of Where I Go When I Am Sleeping. Each of the three songs showcases a very poetic and lingering taste of the band’s progression into a more intimate, well-controlled sound.

Another place that the band has visibly progressed is their use of instrumental interludes. By actively placing “&,” “Morphine,” and “Where I Go When I Am Sleeping,” in between more intense lyrical pieces, the band manages to draw out the emotion of the album without letting it become overwhelming. These pieces showcase the ability guitarists Liam Torrance and Toby Evans and bassist Adam Smith have to intertwine their own sounds to create musical pieces so vibrant and passionate that they ring in listeners’ ears and captivate their attention.

The final development in Casey’s growth on Where I Go When I Am Sleeping is the ending track itself, “Wound.” Similarly to “Wavering,” “Wound” seems to move more hurriedly than a majority of the album, until it plateaus at right around the two minute mark. Once the song plateaus, its melodies become almost ethereal in how clear and smooth they are, and the song itself becomes more of a spoken word piece. Weaver recites lines that serve as a sort of resolve to the internal conflict he discusses throughout the album, and the level of catharsis is indescribable. The final line of the album – “learning how to speak gave me the strength to carry on,” – followed again by another fifteen seconds of a crisp yet hollow tone is a beautiful release and resolution to Casey’s Where I Go When I Am Sleeping.