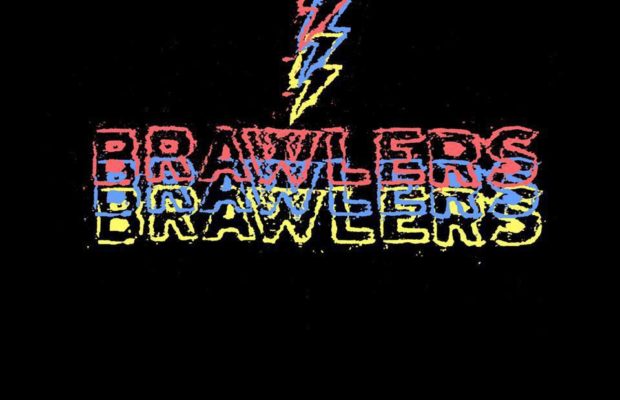 British punk rockers, Brawlers, have spent much of the past year in the studio crafting The Black EP. The band previously released their debut album, Romantic Errors of Our Youth, in 2015, co-headlined a tour with Max Raptor and have also been on lineups with bands like Set It Off, Real Friends and Moose Blood. Brawlers were named as one of the top 20 hottest bands in the world in 2014 according the Kerrang! Magazine and they surely live up to that status with this release.

The EP is a combination of Nirvana-esque punk rock guitar with channeling vocals that sound reminiscent of The Wombats. Without a doubt, Brawlers have delivered a fresh new sound while still channeling the angsty garage rock sounds so prevalent in their debut.

The Black EP opens with the single, “Day Job”. The song recounts the struggles of being a young adult trying to live the dream life, but is trapped by the reality of the impending doom that is their day job. The chorus, “I just want to have a good time/I just want to take drugs and be sexy”, has without a doubt been chanted by many young kids and provides a strong hook for the opening song.

“Do You Believe Me Now” opens with a soulful guitar kick before the drums and additional guitars are introduced. It serves as a necessary break from the head bumping, hard rock of the first two songs. The highlight of this track is the way the band has masterfully combined instruments and vocals, particularly in the chorus when lead singer, Harry, sings “Do you believe me now?” as the guitars envelop his voice in a smooth harmony that flows seamlessly.

The EP concludes with a banger song that is distinctly Brawlers, “Better Looking”. Telling the story of a guy who wishes he was more handsome and well-liked than his current status as someone who hit rock bottom, but has been slowly getting better. Opening with a consistent drum beat and grunge-y guitar sounds, the band channeled their past self, one of grime, noise and angst, to conclude the EP with a song that would keep the people asking for more. The Black EP comes complete with strong vocals, complex musical patterns and of course, angst.

Brawlers are surely a band to watch as we roll into the summer. Their sound is distinct and it is clear to see that they don’t take crap from anyone. The Black EP is highly recommended for those folks who are capital ‘D’ done with school, work, fake friends and everything in between. Just roll the windows down, blast Brawlers and drive into the sunset, a true punk rock dream.

Be sure to give the EP a listen and keep watch on Brawlers as they rise to fame.