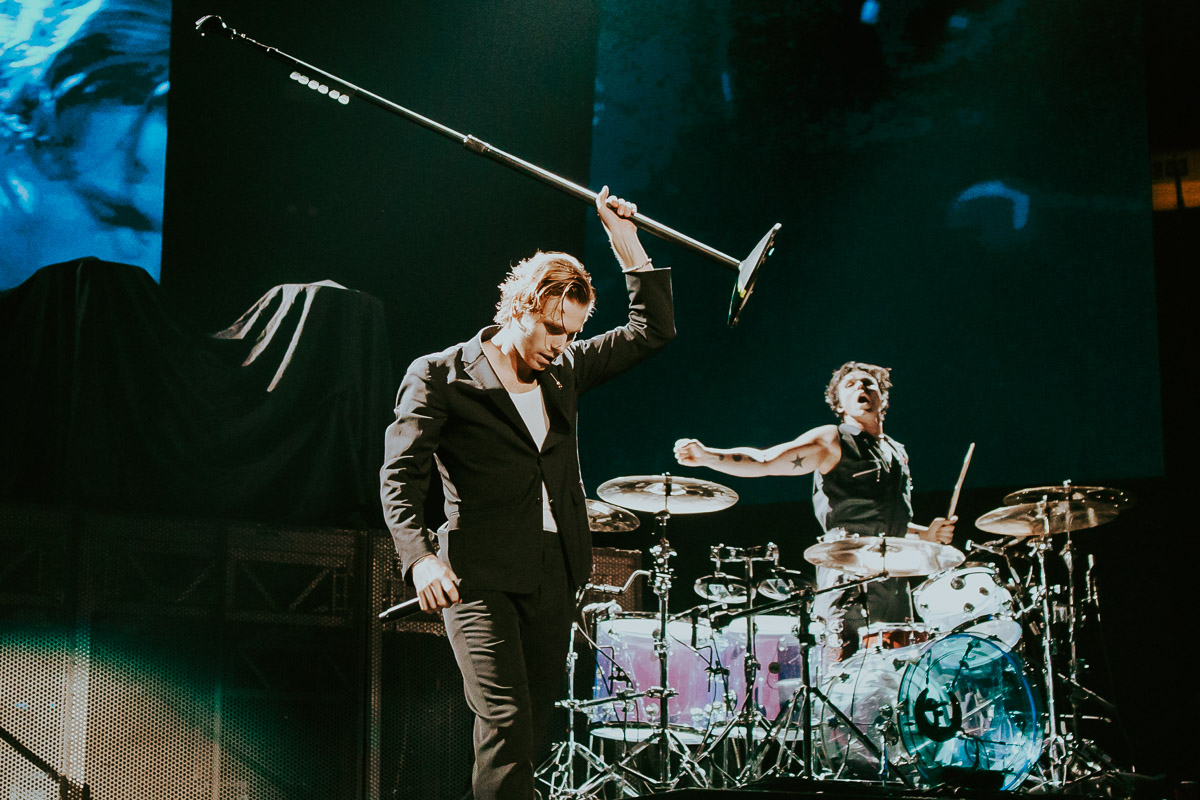 5 Seconds of Summer with Lennon Stella

5 Seconds of Summer and Lennon Stella stole the show on the last night of the World War Joy tour at Vancouver’s Rogers Arena!

Lennon kicked the night off incredibly with her amazing voice and extremely catchy lyrics. She walked around the stage, as if it was her home, as she sang and waved at fans with a huge smile on her face very obviously enjoying being back on her home soil and playing to fellow Canadians. Despite her being the first in the lineup the crowds were large and wonderfully engaged as they sang and danced along. Throughout her saddeningly short set, she managed to go between just singing, playing the guitar, and playing the piano a couple of different times, easily showcasing how talented she is.

When 5 Seconds of Summer hit the stage it felt like the audience may have broken the sound barrier, because if there is one band that Vancouver has been patiently waiting to see, it would have to be these four Australians. Kicking off with one of their top hits “She Looks So Perfect”, they immediately got the party going, with fans singing right back at them. As they played through their setlist it was full of energy and sounded amazing, but there was an air of anxiety between the four of them as they nervously awaited whatever last-show-of-tour pranks awaited them, however, none ever came which was mildly disappointing as it’s always fun when something unexpected happens during a set. Despite this, all four of the boys were nice and chatty with the audience, each taking a turn to say hello. Sadly their set had to end eventually, but it did so with a bang, as the band and the audience all sang their hearts out to “Youngblood” with all the energy they could muster for the final time this tour.