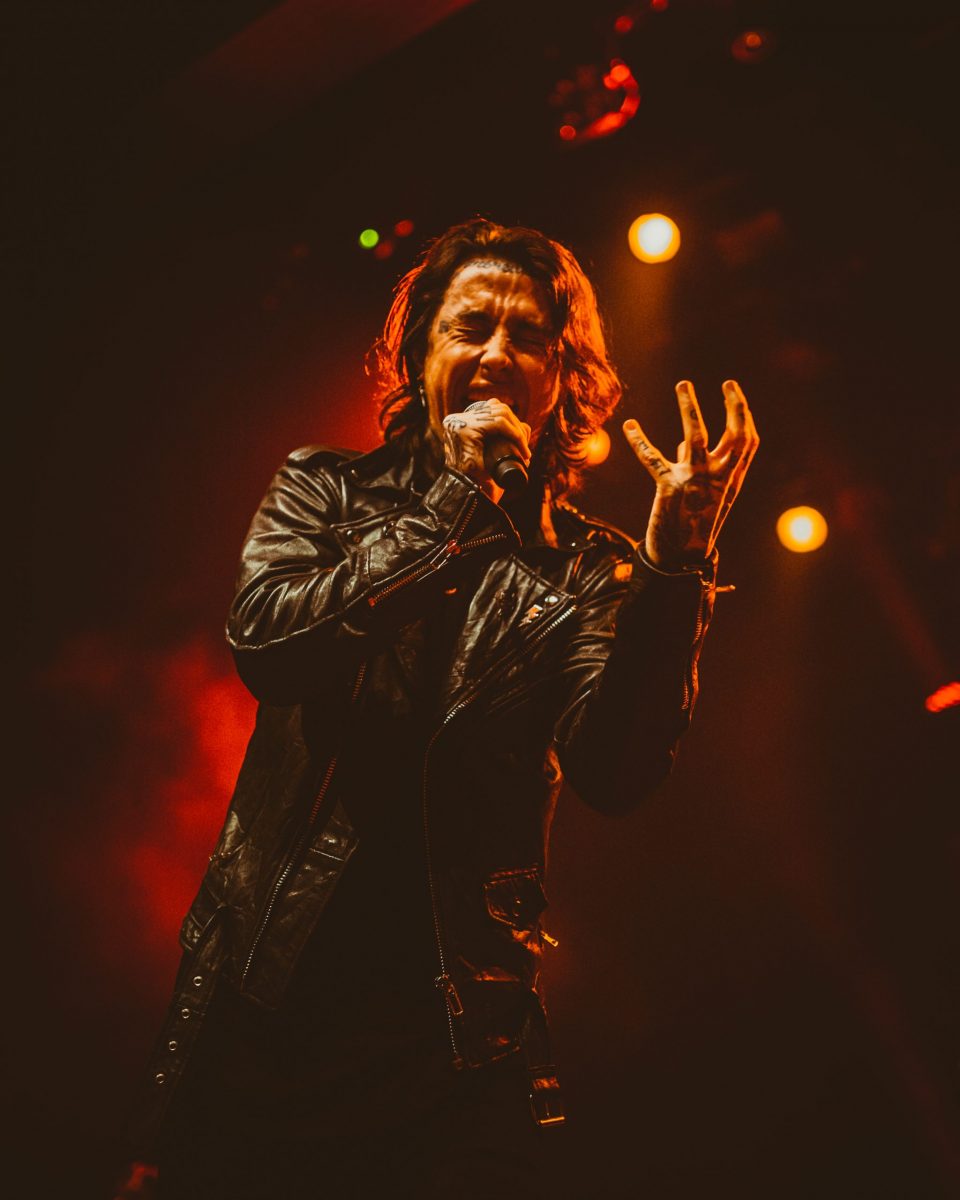 Las Vegas natives, Falling In Reverse made their return to Vancouver in their only Canadian date of The Drug In Me Is Gold Tour. Fronted by the always polarizing, never quite understood, Ronnie Radke. Fans young, and old came out in droves to support all three bands on the bill. With a line up around the block from the main entrance of The Vogue Theatre one hour before they opened.

Not being a fan per se of Falling In Reverse, I was very intrigued by their previous performance on their last visit a few years prior. Having heard a large array of opinions about Radke, I wanted to see who this performer was for myself,  and to be honest I was pleasantly surprised.

The stage was set for Falling In Reverse, the band made their way. Radke appeared from the shadows and engaged the crowd. As Ronnie calmly paced across a riser that covered the width of the stage, concert-goer after concert-goer ascended to the top of the crowd, and over the barricade in an attempt to get closer to the elusive frontman. Not being a fan, the allure was a spectacle in its own right. While visually lacking engagement, Radke would spring to life with intense emotion at points in his set. breaking boundaries within genres. I was not aware that I would witness a Rock, Post-Hardcore, and Rap performances over the night. Something not uncommon today, but as this group made their debut, it would have been quite the sight. What was the most captivating aspect of this show was there was no lack of crowd participation with the change in tracks. It is not as If Falling In Reverse attempted to step out of their “comfort zone” it came across that they were comfortable with anything that they performed.

The last thing that stuck out to me was the tenure of relevance Ronnie Radke has held in this scene. Clearly unfavored by some, Radke has been relevant in the scene for the last 14 years. Having formed and fronted Escape the Fate in the early 2000s, only to be kicked out and form Falling In Reverse years after. Falling In Reverse’s last full-length record debuted at 34 on Billboard 200, and is close becoming certified Gold. While Falling In Reverse Isn’t in my musical wheelhouse, I can appreciate how they have changed the scene over the last nine years.