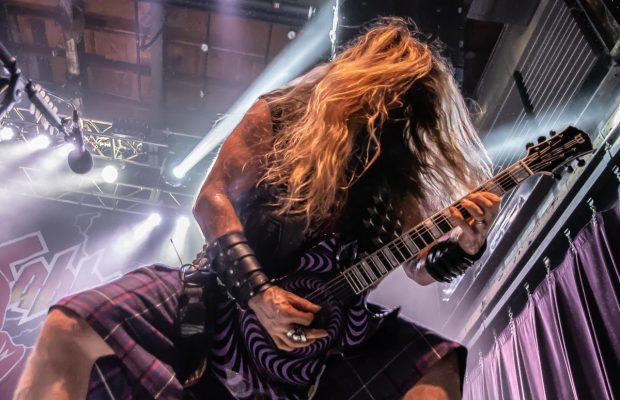 Zakk Sabbath, iconic metal guitarist Zakk Wylde’s Black Sabbath cover band, performed recently in Louisville, KY to a packed venue of metal fans!  Formed by Wylde in 2014, the cover band has amassed quite a fanbase, with Wylde’s epic guitar skills on full display this evening.  From the moment the band, which included Joey Castillo on drums and John DeServio (in place of Blasko) on bass, walked on stage the crowd knew they were in for a fun evening.  The show was high energy from start to finish, with the band performing many of the Black Sabbath hits that metal fans love.  Starting things off with “Supernaut”, the band performed a variety of songs that included “Snowblind”, “Wicked World”, “Into The Void”, “Children Of The Grave” and “Hand of Doom” and had the crowd singing along with fists in the air for throughout the entire set.  With plenty of epic guitar solos, which saw Wylde play his guitar behind his head, as well as at the barricade, in the audience and in the balcony throughout the evening, he kept the crowd engaged and in high spirits.  Saving two of Black Sabbath’s biggest hits for last, the band closed out the show with “N.I.B.” and “War Pigs”, which saw the crowd go wild and sing along at full volume.  It was an amazing night of music that proved why Zakk Wylde is one of the metal scene’s most talented and well-loved guitarists!  He is a true performer who has perfected his craft and gives his fans 100% on stage!