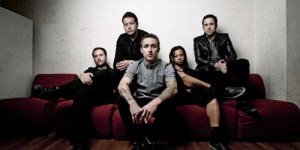 Yellowcard’s returned to Hopeless Records to release their eighth-studio album that is due out later this year. Watch the video announcing the news here and read what the band had to say below.

It’s a huge honor to announce that we have started working on our 8th studio recording which will be released later this year on Hopeless Records. We couldn’t be more happy to be working with the Hopeless family again.