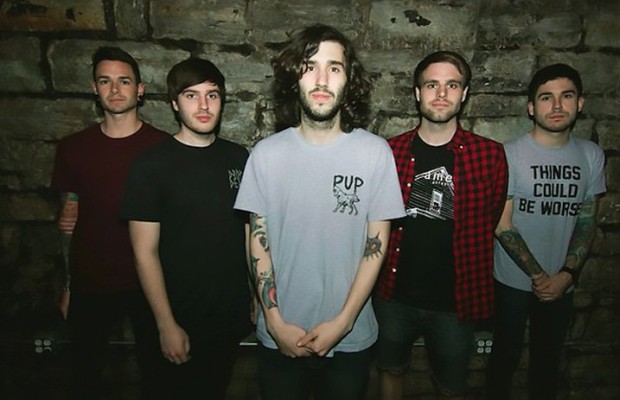 Real Friends just wrapped the recording of their upcoming album. The band took to their Facebook page to share the news and the update from them can be read below. Their latest album, Maybe This Place Is The Same And We’re Just Changing, dropped in 2014.

“In the winter of 2014 we started writing our second full length record. In the beginning of the writing process the songs quickly fell into a special place. As time went on we finished more songs. The songs became attached to us unlike any other material we had written before. There was just something about these. They just felt right when we played them.

At one point we were worried we wouldn’t have enough time to finish writing the record. In the Fall of 2015, when we were on the AP Tour, we finished writing most of the record. We never experienced writing on the road before. But there was no other choice. I’m not going to lie, touring and writing at the same time was stressful some days. Not to mention the overall pressure that goes into following up the last record we released. But that adds to how much more went into these songs.

Now something we kept quiet until now…This past January we went to California to record the record. It was produced and recorded by the legendary Steve Evetts. About two weeks ago we finished it. We didn’t really tell anyone that we were going to record. We wanted to put all of our efforts into it without distractions. It was honestly the hardest thing we have ever done. We were pushed to our limits. We were brought closer together as a band. We couldn’t be happier with the results.

So basically what we are trying to say is that our second full length record is done. It’s recorded. We put everything we possibly could into it. And most importantly, we are stoked to share it with you this year. More to come. Thanks for sticking with us.”