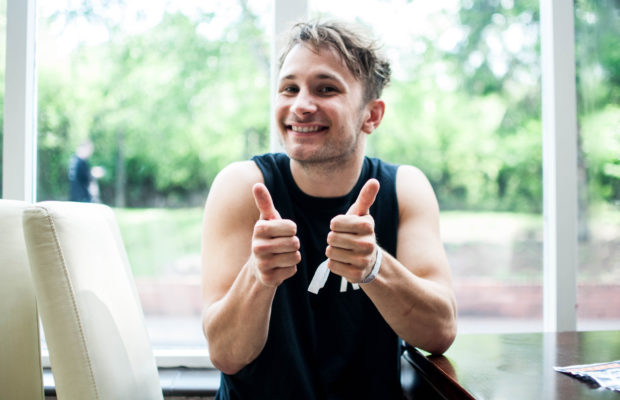 Straight after their set at Slam Dunk Fest in Birmingham, England, we sat down with ROAM vocalist Alex Costello and he shared his rather unusual story on how he decided he wanted to become a musician.

“Basically, I thought being in a band was cool. When I first started playing music, I just liked playing acoustic guitar and singing. Then, it was weird thing, but I went on holiday to see one of mates in Dubai and he was in a metal band and he was like, ‘we’ve got a show next week, do you want to just, like, be our singer?’ So I was well nervous and ended up being a singer for a metal band in Dubai and came off from that and it was probably the worst show in the world. There were probably thirties kids there, but I was thought I was amazing and thought it was so sick and went back and wanted to be in a band. I was about sixteen or so when that all happened.”

Catch our full interview with Alex in our brand new Warped Tour issue that is out tomorrow!