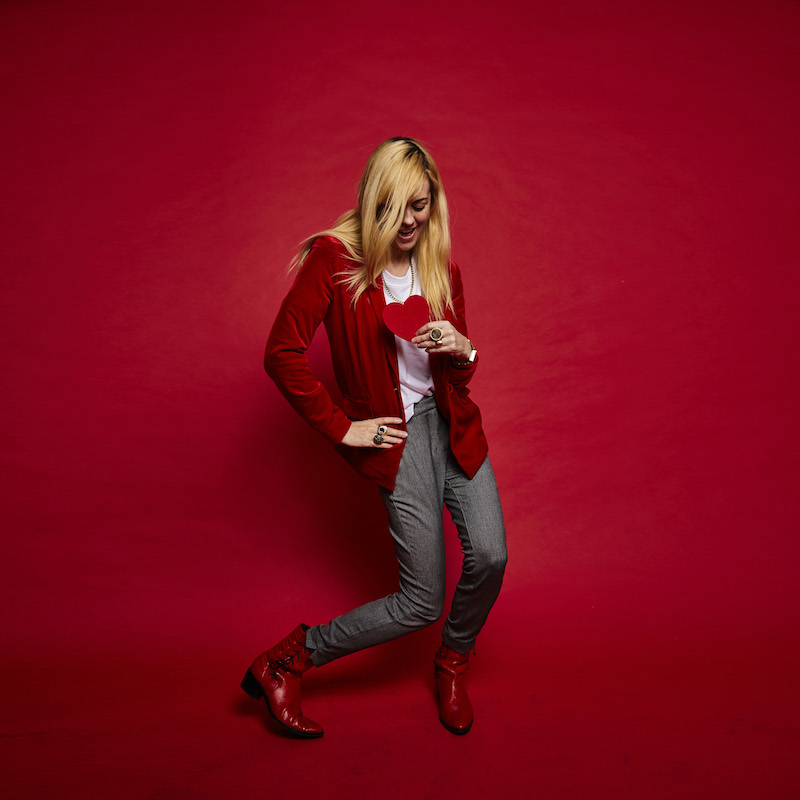 Brooklyn-based independent singer, songwriter, producer and label owner Vanessa Silberman is a force to be reckoned with.  Having been a part of the music industry for close to two decades in many different aspects, she takes a very DIY approach to her music and independently booked over 800 shows between 2015 and 2020.  Her music has often been compared to the raw bare bones rock ‘n roll of Nirvana along with the appeal and vocal qualities of Lana Del Ray and authenticity of classic artists such as Patti Smith and Neil Young.  In the studio, she has engineered for everyone from Tony Visconti, Kimbra, Jello Biafra (Dead Kennedys) to Harper Simon and worked as the in-house assistant engineer at Studio 606 (the Foo Fighters Studio).  She has also assisted for everyone from Foo Fighters, The Kills, Joan Jett to Blue Traveler, James Williamson (of Iggy Pop and the Stooges) in Los Angeles, CA.  She has played the Vans Warped Tour, SXSW, Apple (Union Square) as well as opened up for Alkaline Trio, R.Ring (featuring Kelley Deal of The Breeders), Selector Dub Narotic (Calvin Johnson founder of K Records) and collaborated with everyone from the late Reed Mullin (Corrosion of Conformity) to Ken Susi (Unearth).  She’s also received expansive radio play and support on The Rodney Bingenheimer Show The Underground Garage an SiriusXM and charted #33 in the top 40 of the Friday Morning Quarterback.  In 2013, Silberman established A Diamond Heart Production, an Artist Development Label, Recording, Music & Publishing Company and has managed, developed and produced many musical acts. She has spoken on panels, at events, and in schools about artist development, and she recently joined the NY chapter of Soundgirls.org, where she sits as co-chair, in a quest to motivate, inspire and cultivate careers for more women in various parts of the industry.   Although Covid has created a challenge for many artists over the past year, Silberman powered through those challenges, releasing 7 self-produced singles last year and engaged in weekly livestreams for her supporters.  On February 12th, Silberman released her new self-produced single, “My Love”.  The song marks the beginning of a new chapter for the artist as she ventures from her rock sound into a more alt-pop direction, incorporating more samples, beats and synths.  Her current line up includes actor/musician Ryan Carnes on drums, who also collaborates and sings backup harmonies on the releases.  With more songs and collaborations coming up, she has plenty of new music to keep her fans looking forward to what’s next!  You can connect with Vanessa Silberman via the following links:

You grew up constantly on the move, between Kauai, HI with your mom and the CA Bay Area with your dad. What can you tell me about those experiences growing up and how they shaped you as a person and a musician? Was music a large part of your childhood? When did you know you wanted to pursue music as a career?

I moved around a lot when I was younger, from the Bay Area to Kauai, then back to the Bay Area and spent a short amount of time in Arizona going to school.  When I was about 10 years old, I think during one month I lived at 10 different places.  At the time there was a little bit of instability or un-groundedness, but it felt exciting and new!  I think through that I learned to easily adapt to things and love change.  It definitely prepped me for touring life and loving travel.  It’s definitely made me a free spirit.
I think I started to think about playing music when I saw a violinist on TV when I was 4 and feeling so touched by it.  My parents weren’t really musical but music was something I kind of discovered on my own.  I think really at 11 was when I heard rock music and I decided that what I wanted to do.
You have talked about your love for and obsession with guitars! What drew you to that particular instrument and what can you tell me about the guitars you currently perform with?
I think Nirvana and Kurt Cobain really inspired me to pick up the guitar.  My favorite is my white SG custom Les Paul.  I feel so connected to it.  I’ve had it for 22 years. I miss it.  It’s in California right now.
You have said that when you were growing up, aside from a few shows at Gilman and other larger clubs, you attended a lot of punk shows at community centers or at schools, many of which were all ages. As an artist with a very DIY approach, how do you feel these experiences growing up shaped your DIY approach to your career?
I felt really inspired by punk bands and the scenes who built these cool communities and started indie labels, like Epitaph Records, Fat Wreck Chords, Subpop.  Most of them were started by musicians who were fueled by just the love of it.
Aside from being a musician, you are also an engineer and producer and have worked a wide variety of jobs within the industry. What led to your interest in production and engineering, specifically, and having worked with so many amazing artists and as the in-house assistant engineer at Studio 606, what do you feel are some of the greatest lessons you have learned over the years? How do you feel that the industry has evolved?
I always felt I could see from the other side of the glass, like I could totally see other artists potential.  Recording is so fun and helping artists or bands achieve their vision is something I’ve always loved.  Some of the great lessons I’ve learned are that you have to enjoy the process. Recording, especially, takes years of learning and it never ends.  I think recording can make you so present that it creates some of the most amazing writing in the moment.  As far as evolving, I think it’s so important for artists to understand all aspects of their career, even if they don’t want to do the job because understanding the function can be so helpful for the music.  I really think these days artists in the music industry have involved more into brands and entrepreneurs.  I think more multi hat companies and artists are growing and more and more will pop up.  I just think we all have the ability to reach and do so many new things with the internet age.
What kinds of challenges have you faced as a woman in the industry over the years, especially in the fields of production and engineering? Do you feel that women are making strides in these parts of the industry? What can you tell me about the organization Soundgirls, and joining as the co-chair of the NY chapter, and it’s quest to help motivate, inspire, and cultivate careers for more women in various parts of the industry?
Honestly, I feel so lucky.  I have had so many supportive male figures who completely treated me as an equal and helped me.  I feel like artists and people like Joan Jett, The Runaways and other 90s acts like Courtney Love, The Breeders and the whole riot grrrl punk scene helped pave the way too. Also, producers and engineers like Sylvia Massy and Linda Perry have made it so much easier.  I feel like we’re making strides.  I know so many female producers, engineers, mixers and mastering engineers – like Jett Galindo, Rachel Findlen, Sarah Tudzin, Erin Tonkon, and there are so many others out there.  Karrie Keyes who’s Pearl Jams monitor engineer started Soundgirls and I’ve done numerous workshops, panels and moderating for them.  Another friend of mine, Dani Mari, who’s a Producer / Songwriter also runs a company called Female Frequency had asked me to moderate a few panels for her and then asked if I would join to be the co-chair with her of the NY chapter of Soundgirls and help do more panels / webinars.  I love lifting up and working with other female artists.  I think organizations like Soundgirls are wonderful.  They really are helping build community and opportunities for women.  I also have been working a lot with artist / producer Maayan Oppenneim who helps run California Women’s Music, another organization I’m involved with.

I have a lot more singles coming up I’m working on! Super excited for a collaboration with Kosha Dillz as well a song me and Ryan are doing when he sings more on it!