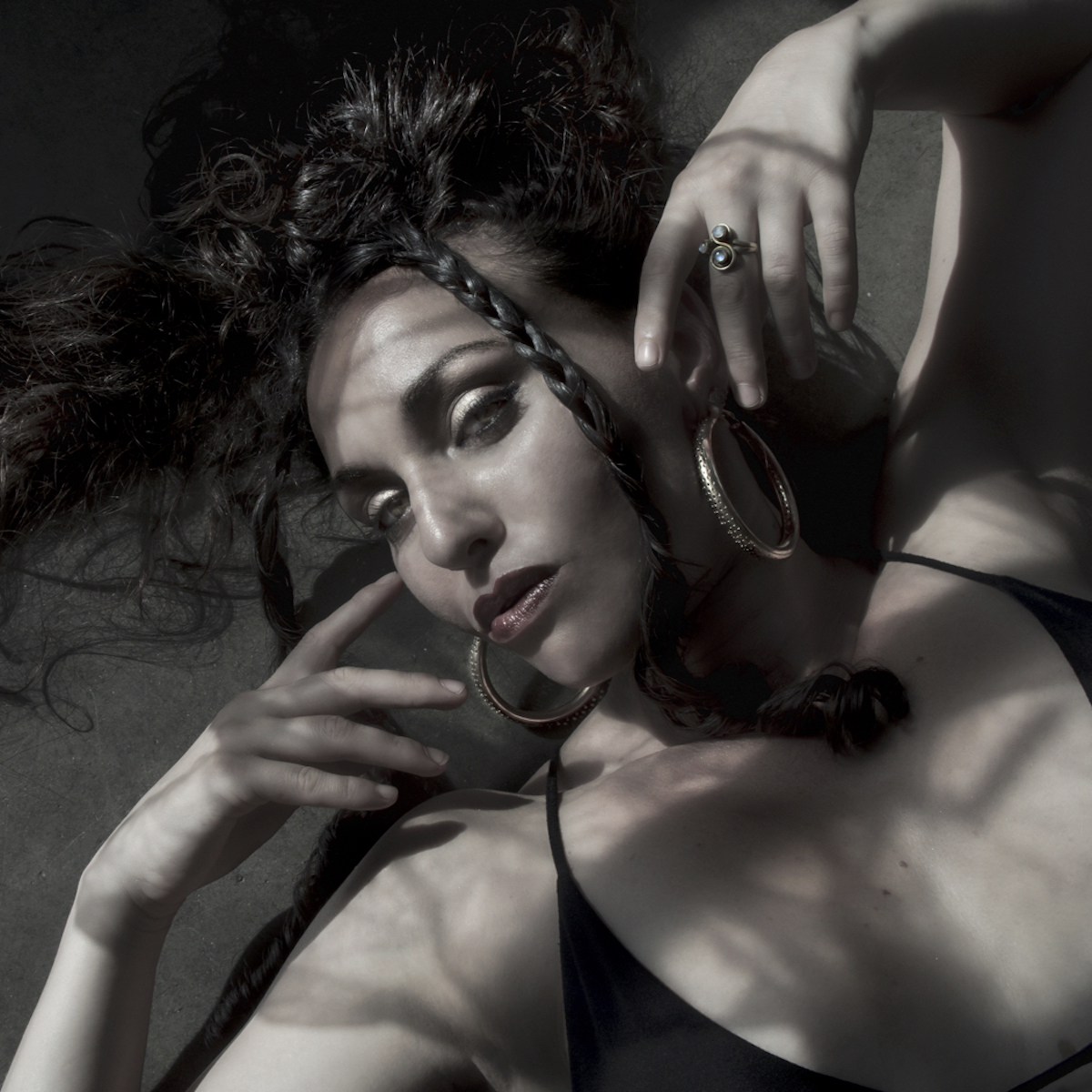 Sariyah Idan is an American songwriter, vocalist, and multi-instrumentalist whose soul and jazz influenced expressions have come to fruition in her first full-length album Breaking Shadows.  An accomplished artist and arts educator, whose experience began singing ensemble world folk music as a child, dancing professionally and studying poetry and jazz music, Sariyah possesses a profound sense of story alongside a keen understanding of music’s sensual strength and the emotional space a voice can occupy.  Born in New York, at a cross section where the American folk music of previous generations met the hip hop and Caribbean sounds of the streets, Miss Idan has spent her life seeking an articulation of these personal and cultural experiences against the backdrop of her own Ashkenazi (Eastern European) Jewish roots.  Breaking Shadows is the first major landmark of this journey, an expression of vulnerability and community.  Recorded in Los Angeles, Berlin and Lisbon, with an array of some 27 musicians, the songs of Breaking Shadows are confessional, confrontational, social and spiritual.  They present a woman’s reflections on love, power, patriarchy, and purpose.  Across its 17 tracks, the album addresses some of the profound struggles of our age. #MeToo (“Refuge In Blue”/”Temple”) and social justice (“Truth To Power”/”Claim Your Gods”) are of the most politically significant, but of no less importance are the complexities and corruptions of human relationships (“You Got to Go”/”That Woman”), the transformational devotion of romance (“Can We”/”Vibe”) and, ultimately, self-purpose and self-love (“Shine”/”Revel”).  Artistically, the album is an achievement of collective creativity that draws inspiration from the breadth of Sariyah Idan’s experience.  The narratives of 60s folk and soul as they meet the vocal rhythms of Zap Mama and Bobby McFerrin; the emotional depths of Billie Holiday and Nina Simone alongside the fierce and fearless Lauryn Hill and Erykah Badu; the themes of justice, resilience and spirituality as echoed by the global voices of Celia Cruz, Bob Marley, Buena Vista Social Club, Balkan Beat Box, Rising Appalachia and Nneka.  As the expression of a lifelong musical vision, Sariyah Idan’s Breaking Shadows is as much a journey to the heart for the listener as it has been for its creator.  It is the sound of an artist finding her voice.  It is the sound of a message that grows in strength when it is shared.

Today, Idan is premiering her new video for “That Woman”, the delight of our eyes and ears. Taken from Breaking Shadows, which has been garnering the attention of fans and critics like, the video will surely help to further put Idan on the map. “This is a taste of the reality that lives in my mind with the song “That Woman”.  It is the first in a series of short and full length music videos I’m developing to illustrate the feelings, experiences and environments of my album Breaking Shadows.  I call this a taster video, because it is just that, a small taste in visuals of the world of the music.  This song addresses a woman’s experience of a complex situation between a man and a woman.  At its core, it’s a song about female solidarity.  For this reason I wanted to work with an all female film team, which was wonderful.  I brought the concept and basic choreography to the dancers and Mariel from For Love Productions.  We fleshed it out together in a supportive and playful sisterly atmosphere.  I believe there is something vital in women working together to articulate our creative visions”, says Iran.  You can follow Sariyah Idan and stay up-to-date on al upcoming music, tour and artist news, as well as stream and purchase her music, via the following links. CREDITS: For Love Productions Director – Mariel Gomsrud & Sariyah Idan, Assistant Director – Marita Gomsrud, DP & Editor – Ruby Paiva, Choreographer – Sariyah Idan, Dancers – Breayre Tender & Annett Bone.
Website | Facebook | Instagram | Twitter | Spotify | Soundcloud | iTunes/Apple Music | YouTube | Google Play | Bandcamp