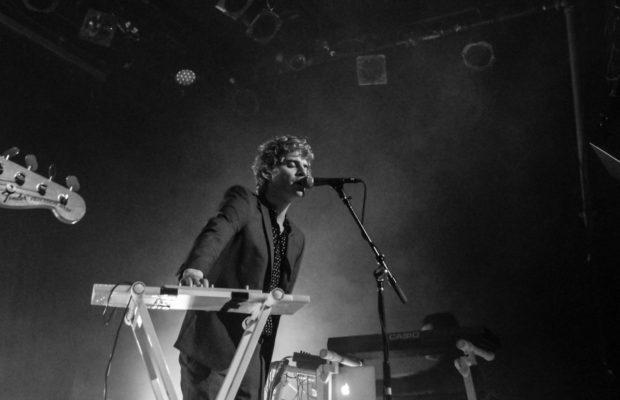 On Saturday, February 25th, The Dig took the stage at Music Hall of Williamsburg for their album-release hometown show and even a freak thunderstorm beforehand couldn’t keep their fans away.

Opening for The Dig were Old Fashioned Bleeding Hearts and Communist Daughter.

The Dig, played a set mostly composed of songs off of their new album Bloodshot Tokyo, along with some crowd favorites off of their previous albums Midnight Flowers and You & I. Emile Mosseri and David Baldwin took turns on lead vocals to a pink-hued smoky room and were on point with their sound. When their songs are played live, they make you feel alive— you want to sing along if you know the lyrics, dance when you see Mosseri doing some crazy moves on stage, and rock back and forth when they are singing a slower song.

Be sure to catch them while they are on their Bloodshot Tokyo North American Tour. If the are coming to a city near you, go. You will not be disappointed.