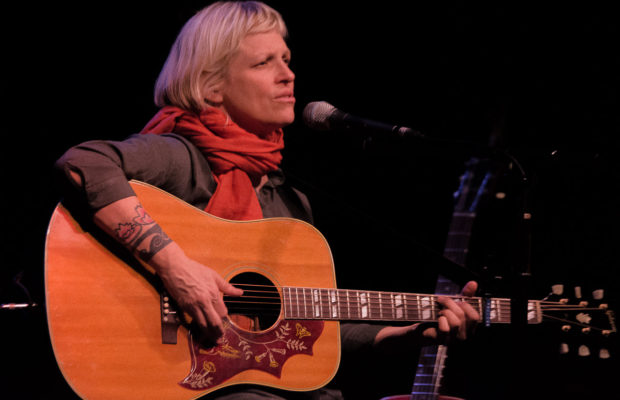 The Weepies are an American indie pop duo consisting of husband and wife singer-songwriters Deb Talan and Steve Tannen.  Although they sometimes tour with a band, they brought their Completely Acoustic and Alone tour to Louisville, KY on December the 17th to a packed house for their final show of the tour.  While Headliners Music Hall is usually a mostly standing room venue, a majority of this show was seated with soft lighting, which added to the intimacy of the performance.  Deb and Steve had the crowd captivated with their songs, some being upbeat and fun and some more subdued.  While most of the show was with them singing and playing their guitars together on stage, they also each performed a few songs solo. They made the audience, and themselves, laugh with funny stories and their quirky onstage banter.  It was a really special night of songs and stories.