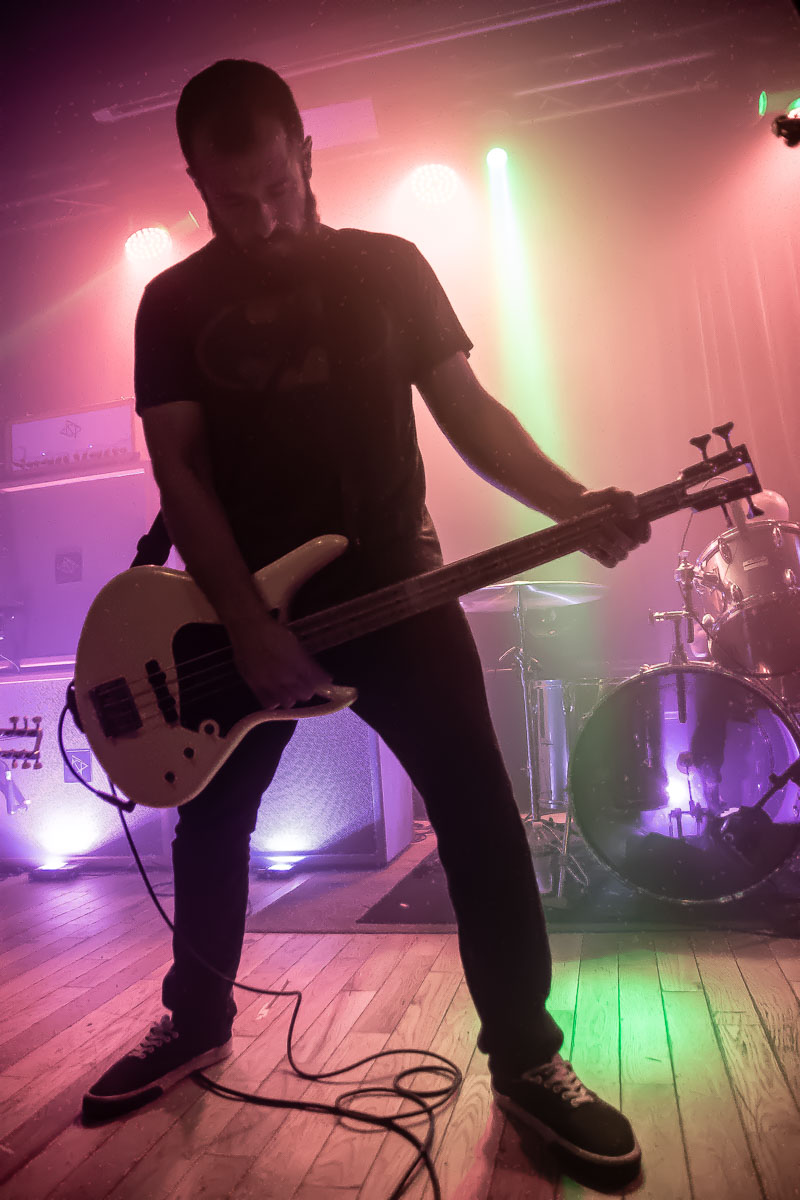 Popular Florida and Georgia based rock/metal band Torche performed recently in Louisville, KY to a packed venue.  The band has been touring on the heels of their recently released album Admission, performing several tracks from the new album this evening.  Having formed in 2004, the band has steadily grown their fan base over the the past 15 years, often appealing to the punk and hardcore fans, as well, giving them a broad appeal to a variety of fans. With dark red and blue lights to reflect the heavy tone of their music, the band spoke very little throughout their set, which seemed to resonate just fine with the crowd, who in turn were happy to focus on the music they were hearing.  Starting out with 2 songs from Admission, “From Here” and “Slide”, the band blew through a set list that was heavy with new songs, as well as a few older songs that included “Minions”, “In Pieces”, “Undone” and “Reverse Inverted”, as well as a cover of Floor’s “Charge Of The Brown Recluse”.  Looking around, there were plenty of “Hell Yeahs” and “Alrights” being muttered as the crowd looked transfixed by the performance they were seeing from the band.  The band was focused on and engaged with the crowd throughout their set, often standing at the edge of the stage, which gave those fans up front a special experience.  The band ended their set with “Infierno” before coming back out for a two song encore.  Starting out their encore with “Annihilation Affair”, the band ended their set with “Harmonslaught”.  Torche gave their fans a great evening of music and fun.  Louisville musician Ryan Patterson opened the show this evening with his one-man synth/dark wave project Fotocrime.