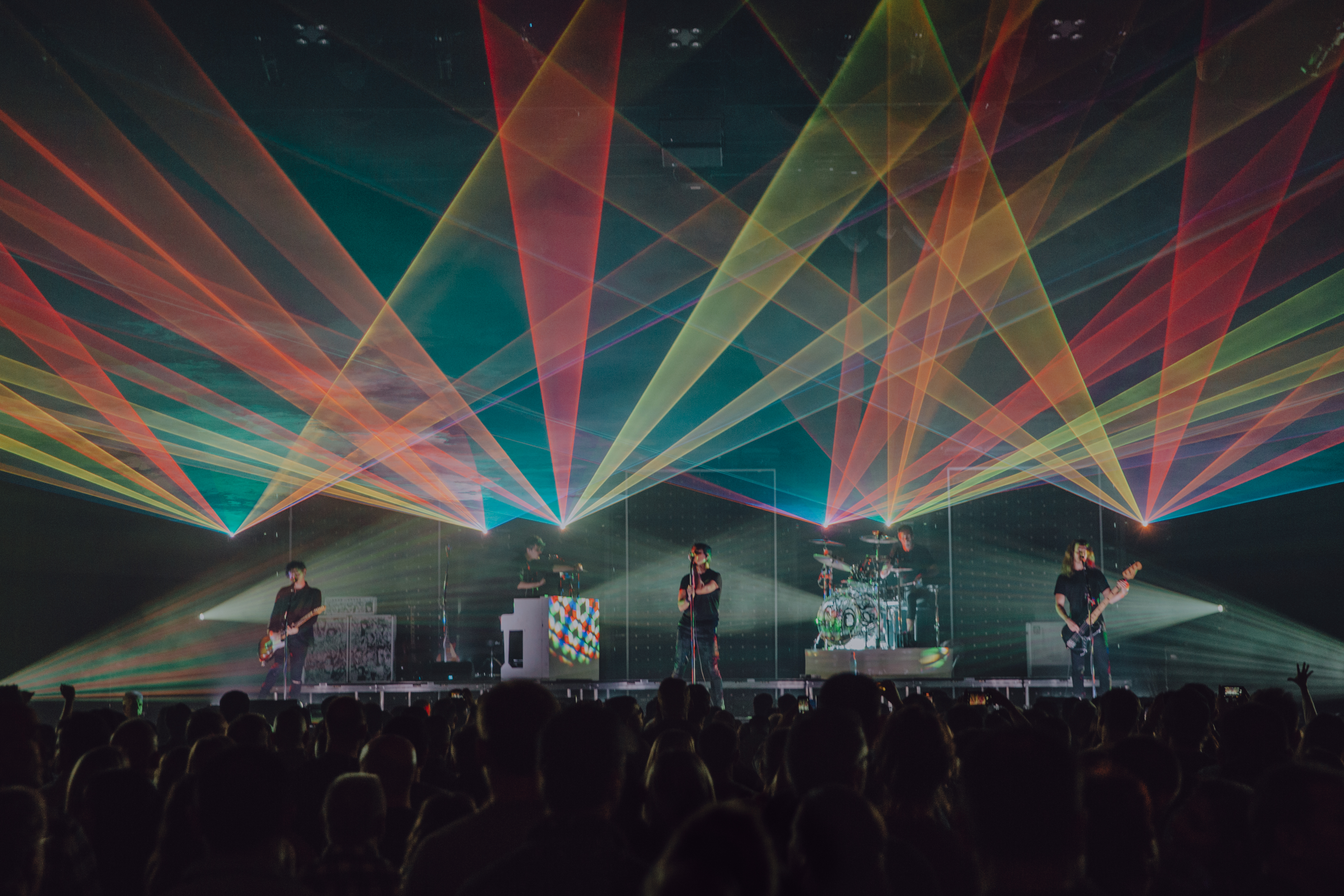 Everyone knows the hit song “Jumper” by the one and only Third Eye Blind. You know, the one that goes “I wish you would step back from that ledge my friend” from the late 1990’s that we all know and love. I loved that song but I never thought that I would have the chance to see Third Eye Blind perform live; but my lucky day finally came when I got the chance to see this legendary rock band in Bensalem, Pennsylvania.

On Saturday, October 9, Parx Casino hosted the Screamer Tour with Third Eye Blind and indie pop band Smallpools. I have been a Smallpools fan for a long time and boy it was just incredible to see finally be able to see them live. In this small and awkward venue, which holds around 1,500 people, it is a seated theatre like experience. Though the crowd was generally older than Smallpools typical young fan base, there were a good few people standing and screaming as the band came on to stage. Smallpools opened with their hit “Stumblin Home” followed by one of my favorites “Passenger Side”. With inflatable whales flying through the air during “Killer Whales”, they then closed with a song that all Smallpool fans know: “Dreaming”. I was beside myself belting at the top of my lungs.

The clock began to tick down to when Third Eye Blind was hitting the stage. My girlfriend, who was starstruck about photographing them, and I were checking set lists and had our top songs we had to hear. The lights dimmed and Jess ran to the front of house while I had my spot right by side stage. With a packed 16 track set list, and a crowd I have never seen so amped to see a band, we all sang right along as they opened with songs “Thanks a Lot”, “Never Let You Go” (a personal favorite), and “Graduate” all from their 1997 self titled album. Their newest album Screamer, which, if you haven’t heard yet you are missing out, holds a new sound for Third Eye Blind. It has almost a beachside reggae or island sound accompanied by their classic and unique indie rock sound itself. Every night they seem to switch it up just a little bit with order, which is nice for folks like me who check setlists religiously. It feels like they cater each night in order to keep us on our toes. After playing for about an hour and a half, and closing with “Light It Up”, they have a two song encore, finally singing “Turn Me On” and “Semi-Charmed Life” which blessed every ear drum in the venue.

This was the weirdest venue I have stepped foot in, however, it was one of my bucket list show that I finally got to scratch off. I am still seeing laser beams and beautiful colors from the show, and think I will for a good little bit.