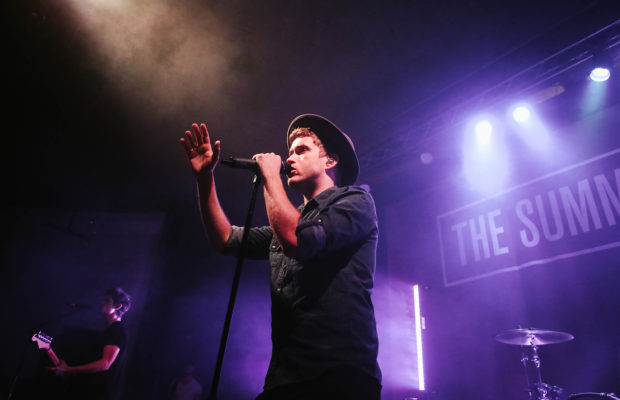 Photos and Review By Ally Gillam

Finally out on the road again for the second tour-run of their new album Stories For Monday the Arizona 5-piece decided to play a show in Lawrence, Kansas. This tour, cleverly named the “Made For You Tour” allowed fans to vote for the songs they wanted to hear and the places they wanted to see the band play. The show started off with some piano-heavy tunes from Hudson Thames, followed by William Beckett’s classic vocals, and then finally the one everyone was waiting for, The Summer Set. Starting off with a new favorite from Stories For Monday called “Missin You”, the band immediately got fans psyched for the rest of the night. Covering all their extensive discography, they played new and old favorites like “Chelsea”, “Legendary” and “All My Friends”. Since fans had voted for these songs specifically, every single person seemed pleased with the setlist. These humble bandmates didn’t forget to show their gratitude and love for their supportive fans before leaving the stage. Brian explained how they almost didn’t release Stories For Monday and thanked fans for staying with them for nine years and fans were touched. They closed their energized hour-and-a-half set with a huge fan favorite “Lightning in a Bottle.”