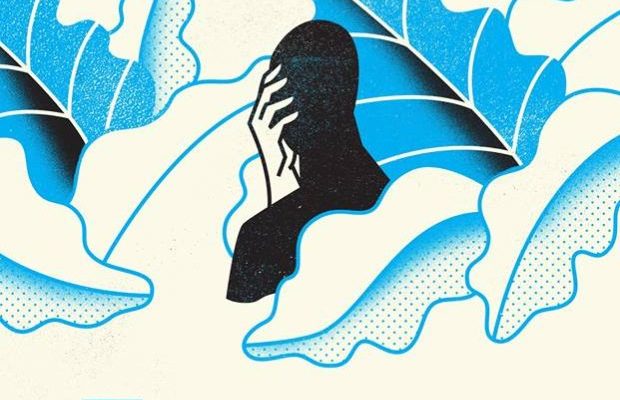 From Indian Lakes are on the home stretch of their 2016 US tour with Made Violent and Wild Wild Horses and will be swinging through Seattle this next Tuesday, November 1st. Set to play the Vera Project, an all-ages volunteer fueled music and arts venue, From Indian Lakes will be playing a collection of old favorites and new songs off of their brand new record, Everything Feels Better Now, which was released on October 14th.

Ahead of their Seattle performance, Stitched Sound Editor Rachael Dowd caught up with frontman Joey Vannucchi to reflect back on what some of his favorite things to do in Seattle are and what Seattle fans can expect from their upcoming show.

From Indian Lakes are no strangers to Seattle or the Vera Project, having played the same venue in the spring of last year. Although many bands on tour don’t get a lot of time to explore the cities they are traveling through, Joey always tries to find time to visit some of his favorite spots, especially ones that offer a good cup of coffee.

“I really love Caffe Vita, I love coffee and any sort of craft situation, but I really appreciate that shop because they have the Caffe Vita drink that has this citrusy, cinnamon shot that they put in the coffee. I think that stuff is cool and it’s better than those other shops that are popping up that make coffee just for the sake of making good coffee.”

Being particularly familiar to the Capitol Hill area, a budding neighborhood lined with some of the best bars, cafes, and music venues in the whole city, if Joey ever finds himself waking up in Seattle, he makes the trek to his favorite spot on 12th and Spring.

“My favorite thing to do in the morning is go to this French bakery [Cafe Presse] and I get a croque-madame and some juice. There is also a Stumptown Coffee right next store. I love being able to sit down at the bar and get something simple, I am a very simple person.”

As for their upcoming show, Joey is hoping that the Seattle crowd will bring the same energy and atmosphere to the Vera Project as they play a set list mixed with songs from their previous albums, Able Bodies and Absent Sounds, and also tracks from their new record, Everything Feels Better Now.

“The whole tour’s been really cool, everyone who has shown up have been true music lovers so the vibes are really positive and everyone just kind of gets lost in the ambience. Especially with the new material, there’s not a lot of energy needed from the crowd so you can’t really have a bad show when there’s a crowd that is less energetic because we just perform and let everyone observe. There’s a lot of new people coming out to these shows and the vibes have been great.”

You can read our full interview with Joey in our upcoming issue, out Tuesday, November 1st!

Their brand new album, Everything Feels Better Now, is available for purchasing here and you can read our exclusive review of it here.