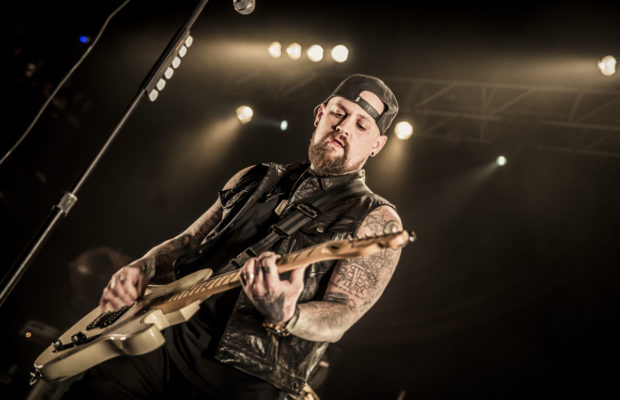 The Youth Authority Tour came to the Fox Theatre in Pomona, CA carrying with it punk bands The Story So Far and Good Charlotte. Audience energy and participation was at an all time high starting with The Story So Far led by vocalist Parker Cannon, as fans could be seen surfing across the crowd through their entire set. Twin brothers Joel and Benji Madden took the stage with guitarist Billy Martin, bassist Paul Thomas and drummer Dean Butterworth in support of their new album Youth Authority. This is their first album in six years while the band took a four year hiatus from Good Charlotte, but they seem to be back and better than ever. The Maryland natives opened with “The Anthem” from their second album The Young and The Hopeless and then drove the fans through new and old songs from their six albums spanning twenty years. From “Motivation Proclamation” off their self-titled debut album to “Life Changes” off their current album release, they gave the newer and us “older” fans a Good Charlotte variety cocktail. Drink it up at a venue near you while you can!