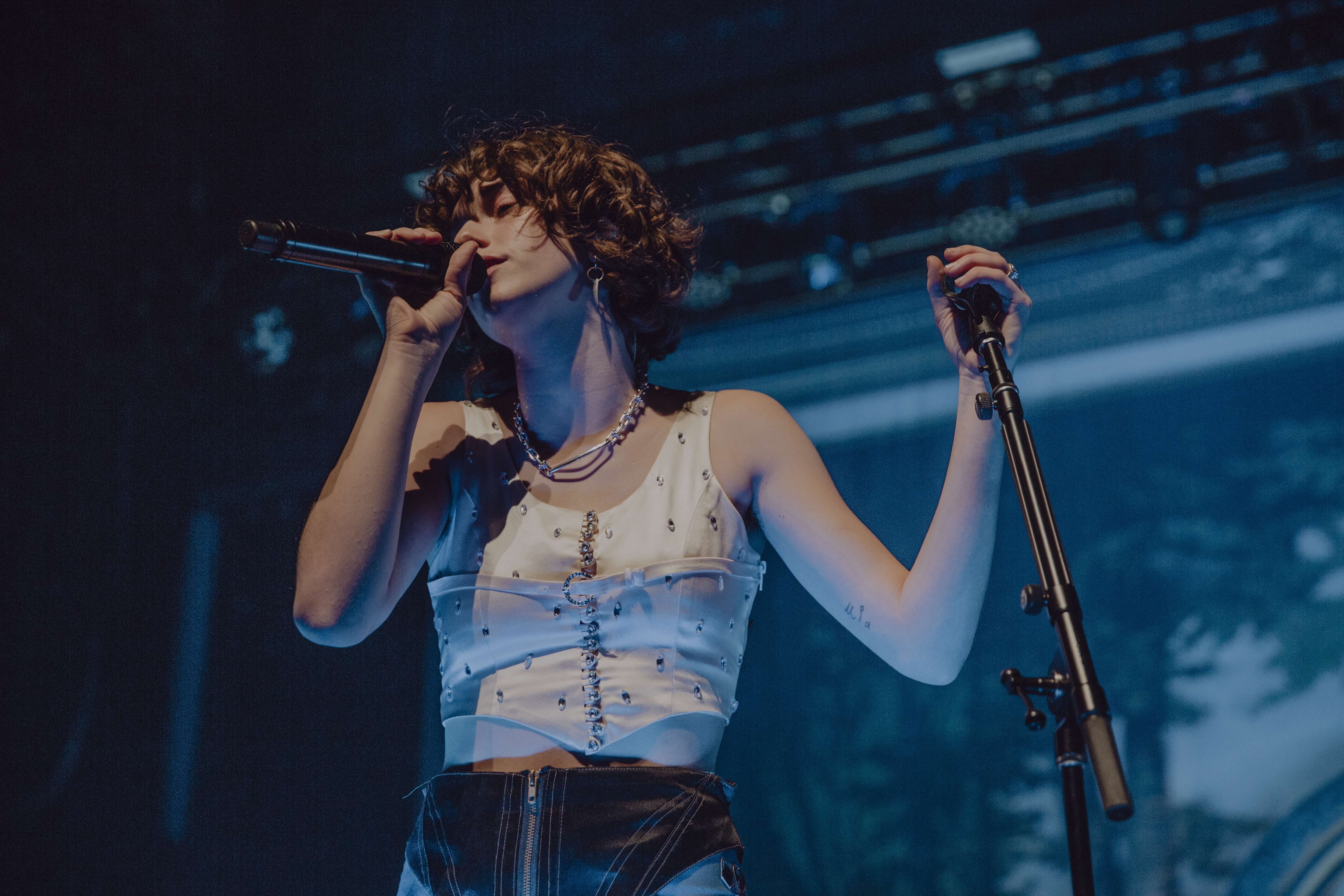 November 1st was a date I had been counting down to since the summer. It was when King Princess was bringing her Cheap Queen tour to New York City’s own Terminal 5 for two nights. My girlfriend surprised me with tickets to the first show right after the second date sold out. As we were sipping margaritas and basking in the beautiful NYC sunset at a local bar, she looked up at me and said, “Guess who is seeing King Princess in November!” and I lost it.

For those who don’t know who King Princess is, it is the monkuer of Mikaela Straus, a lesbian singer-songwriter from New York City. At just 20 years old, this young womxn has over half a million followers, 6.3 million monthly listeners on Spotify, and has a full length lesbian break up album titled Cheap Queen. She is a pinnacle member of the queer community, especially within entertainment. She is outwordly and outspokenly queer in every aspect and utilizes her platform to discuss her queerness.

Last weekend the day had finally arrived and I was ready. The line wrapped itself all the way around this three story music venue in the Hell’s Kitchen neighborhood of New York, and fans were buzzing the moment they walked in. King Princess invited LA based band Girlpool to start off the show and they were radical. The nice chill ambience the band brought in allowed us to take a moment to breathe before the party started. They covered “Shallow” from the recent remake of the film A Star is Born and boy did that make all the gays quake! As Girlpool left the stage, our second opener was definitely someone I was waiting on. Brooklyn based drag queen BABY LOVE gave a performance we were all thrilled to see. Finding a musical track accompanied with lines from Harry Potter, BABY LOVE does a sexy rendition playing Hermonie and gives us a dragalicious strip tease.

The time has come and let me yell this.. OH MY GOD I WAS READY. At 9 PM sharp, the lights turned blue and King Princess’ band took their places on the stage, backlit. Instrumental tunes began to play a more electronic and edgy version of “Isabel’s Moment” off of Cheap Queen.  The moment arrived, and King Princess ran onto the center of her stage set up, giving us The Queen’s wave, before descending down the stairs to her microphone. She was ecstatic to be there and you could tell as she danced around the stage.

After opening with the full version of “Isabel’s Moment”, King Princess sang songs such as “Tough on Myself”, an anthem to wanting what she deserves in a partner. She also her hit song “Cheap Queen” and belted the lesbian anthem of the century “Pussy is God”, which speaks to her love of women. She whips through her sixteen track set list, and closes with the gay ballad that combines disco and King Princess, “Hit the Back”. She had a two song encore which featured “If You Think it’s Love” and an unreleased song titled “Ohio”.

Overall, all I can say is if you are queer and do not know who King Princess is, wake up honey. If you are straight and love King Princess, I am telling you, know your place. I urge you to realize she is creating music for us, not you. Support as an ally, but recognize we are celebrating a legend in the making. Thank you King Princess. I am as gay as the day is long (and it is a very long day), you have and continue to change music of all genres and are an icon.