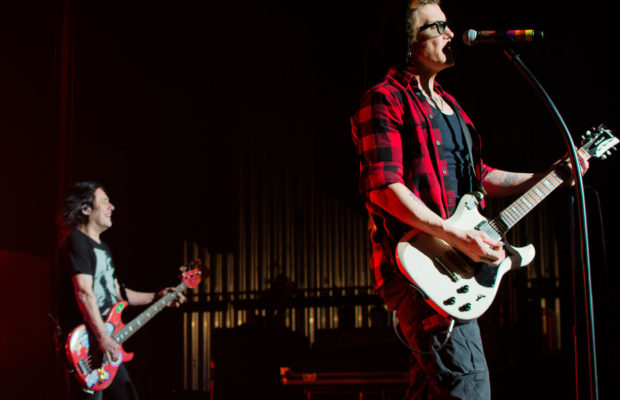 American rock band Goo Goo Dolls made a stop on their current tour at The Brown Theatre in Louisville, KY on November the 29th to play a near sold out show.  They are currently on tour in support of their newest release Boxes.  They played a nice mix of songs from throughout the years, including many of their classic hits.  From the second they stepped out onto the stage, the crowd was wildly enthusiastic!  Although the venue was seated, many of the audience members stayed standing, with many crowding around the stage, dancing and singing along to every song. The band was in high spirits, feeding off of the energy of the audience, often walking right to the edge of the stage to interact with them.  It was a very fun night for everyone in attendance!  Oklahoma rock band Safety Suit opened the show.