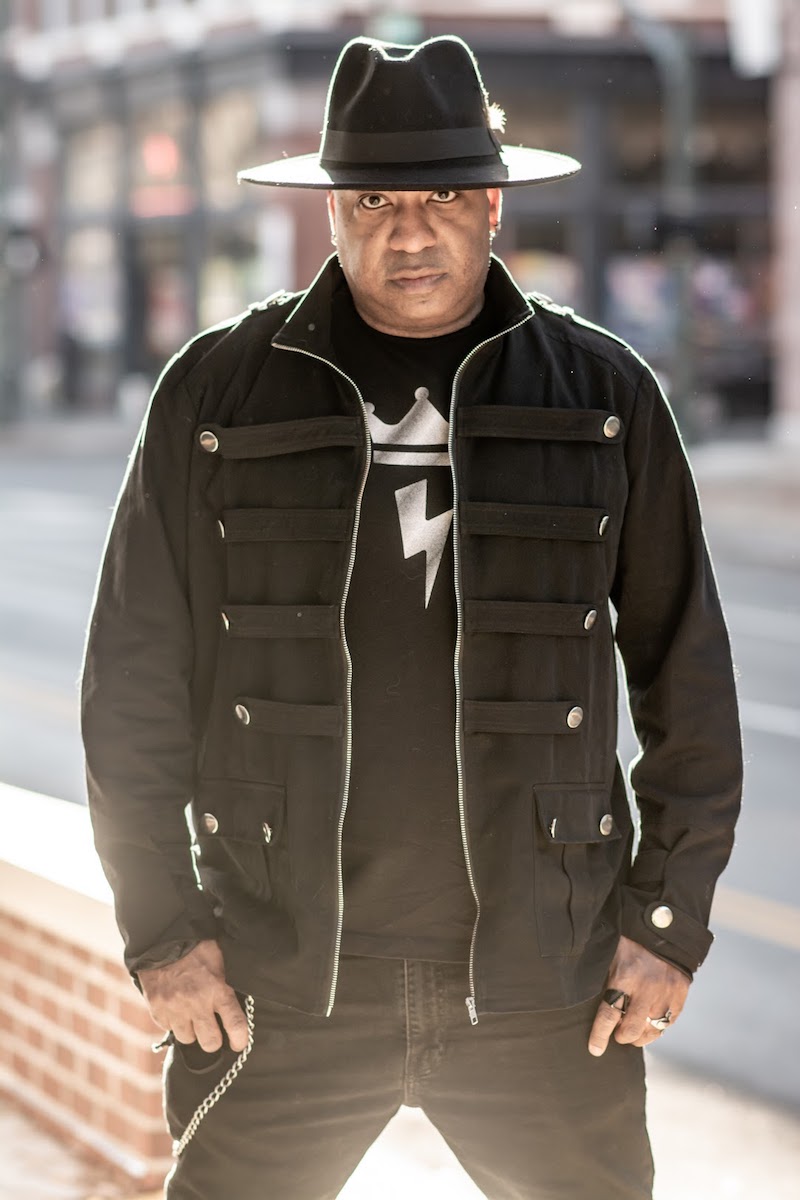 “I wrote ‘Save Yourself ‘ about a dear friend of mine who had serious substance abuse issues that eventually claimed his life.  Though he had a crazier existence than mine, he always tried to give me advice about getting myself together,”  explains Christopher Harold Wells, brainchild of Nashville-based psychedelic alternative rock band The Neverlutionaries, who recently released the track from their debut self-titled LP to digital music outlets via Polychromatic Records.  He adds, “At the time I didn’t get it and he was really just trying to save me, but I didn’t understand.”  A sludgy dirge with deeply affecting lyrics about self-preservation interjected with screaming guitar licks, “Save Yourself” is a psychedelic, visceral smash that grew out of evocative words that Wells wrote to himself trying to empathize.  He continues, “It was originally written as a poem that I wrote as therapy so as not to curse him out because I knew his addiction was a disease that took over his life.  A few months later, I wrote a simple yet cool detuned riff that seemed to adhere itself to my words and the poem became a song.”

After debuting at #24 on the FMQB SubModern Album Chart, The Neverlutionaries’ self-titled LP spent four weeks in the Top 100.  “Save Yourself” debuted at #114 on the FMQB SubModern Singles Chart and rose to#83 in its second week and stayed in the Top 100 for three straight weeks – a very impressive start for a new artist.  The aggressive rock track is preceded by the layered dreamy songs “Ariana” and “Stumble.”  Working alongside #1 Billboard-debuting producer Jaimeson Durr (Sammy Hagar, Train, Wyclef) at San Francisco’s legendary Hyde Street Studios, Wells was forced to halt recording due to the pandemic, so he set up at home while quarantining in North Carolina to resume work on the LP.  Pulling together a veritable who’s who in session musicians, Wells coordinated efforts with friends and collaborators including legendary guitarist Kenny Olson (Bootsy Collins, Sheryl Crow), San Francisco drummer/producer Chris McGrew, session/studio drummer Nick Baglio (Gucci Mane) and guitarist Jonnie Axtell (Psychefunkapus).

An intercontinental musician who was originally born in Philadelphia (the son of former Philadelphia Eagles linebacker Harold Wells) by way of North Carolina, Wells now splits his time between Nashville and San Francisco.  While still a teenager, Wells formed industrial rock band Peasants of the Apocalypse, who went on to open for Metallica, Everclear and Def Leppard during their 7-year history.  Wells created The Neverlutionaries with the intention of making multi-faceted rock:  melding his rock and roll roots with his love of jazz, alternative and shoegaze.  Regarding the origin of the band name, Wells explains, “The idea is that people are so lost in modern times, with so many issues to contend with and no great source of positive energy in which to draw from, that a real and true revolution seems impossible and it may never be.  Hence, The Neverlutionaries.  When I came up with the name, there was a palpable tension in the air in our country, like something was about to blow… and it did.”  You can connect with The Neverlutionaries via the following links.  Photo credit: Michael Phillips.