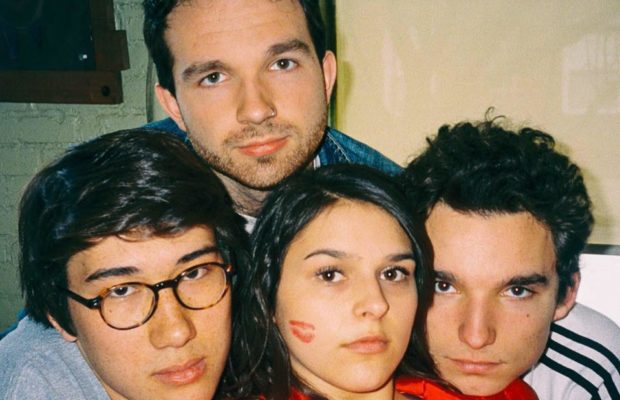 Listen to indie band The Greeting Committee new track “Birthday Song” off their new upcoming album THIS IS IT.

“Birthday Song” was inspired by frontwoman Addie Sartino journal entry she written on her 16th birthday while writing “Birthday Song.” From a press release she descries her inspiration:

“I was thinking about how your birthday begins to hold a sense of sadness as you get older, how the unknown of the future can be so paralyzing. That led me to create a story of a boy at his eighth birthday party,” says Sartino. “He’s sitting there looking at his cake on what is supposed to be the best day of his life, but something feels wrong. Everyone is looking at him as though the cake is going to eat him instead. He later discovers that his parents are getting divorced, something everyone else in the room already knew. From then on he stops believing in the magic held in a birthday candle.”

THIS IS IT is set to release October 26th, 2018. To celebrate the album release, the band is performing two special headline shows — Los Angeles, CA at The Mint on November 6, and in their hometown of Kansas City, MO at The Truman on November 10. Tickets for the Los Angeles show are available HERE, while the Kansas City show has already sold out. The hometown show will be the bands largest headline show to date.