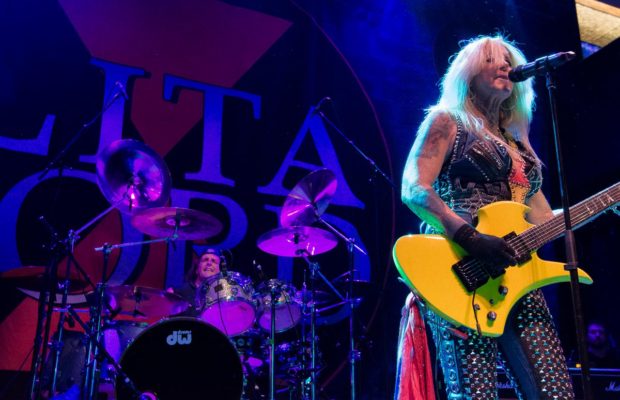 On December the 16th, Lita Ford brought her energetic metal show to Louisville, KY.  The iconic singer and guitarist , along with her band, played a nice selection of songs, including Larger Than Life, Close My Eyes Forever and Cherry Bomb, from Ford’s early band The Runaways.  The band had lots of fun on stage, both with the crowd and with each other.  The crowd was enthusiastic, especially when Ford ended the set with one of the band’s greatest hits “Kiss Me Deadly”. After all of her years of being on stage, she still has such an incredible stage presence and joy of performing.