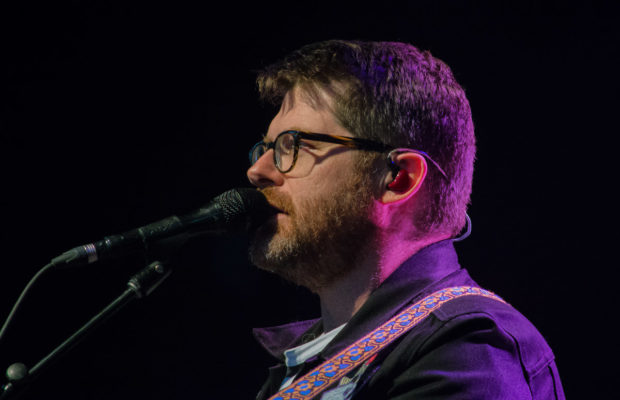 The Decemberists with Eleanor Friedberger

Portland-based indie rock band The Decemberists performed recently in Louisville, KY.  Touring in support of their latest album I’ll Be Your Girl, the band performed to a packed venue of excited fans.  Having formed in 2000, the band has an extensive and varied catalog of songs and performed some classic hits and well as tracks from the new album.  The band started the set with “Dear Avery”, followed by such hits as “Yankee Bayonet (I Will Be Home Then)”, “We All Die Young” and “Calamity Song”.  Colin Meloy, who had been having some voice issues prior to this show, was in good spirits, joking that the crowd was in for a special Colin Meloy performance in which he would start out mellow and gradually build up his voice as the performance went on.  He also joked about the orchestra-style pit that separates the stage from the barricade, mentioning how it’s hard to see and that and hoped he didn’t fall in!  Meloy is a fun and energetic front man, almost theatrical in a way.  Towards the middle of the set he split the crowd into two halves, leading them in a sing along while acting as the conductor.  The crowd was happy to oblige, changing the pitch of their voices, from a shout to a whisper, depending on Meloy’s instructions.  While leading into a song that he described as being about the end of the world, he joked that the description didn’t distinguish the song from the rest of the set , saying that about 80% of the band’s songs are about the end of the world.  He then laughed and called his description a friendly reminder!  Although the crowd sat for most of the show until that point, when the band launched into “Dracula’s Daughter/O Valencia” the crowd jumped to their feet and remained standing for the duration of the show.  Ending their set with “Sons and Daughters”, the band briefly exited the stage before coming back out for an encore.

Meloy came back out onto the stage, joined briefly by Jenny Conlee on the organ, to perform a gorgeous and acoustic “Red Right Ankle”.  Ending the set with “The Mariner’s Revenge Song”, an audience member shouted that the band needed some bourbon, to which Meloy wholeheartedly agreed.  This song brought all of the band members, including drummer John Moen who performed on a floor tom!  Meloy instructed the crowd to participate in sound effects, volunteering Moen to take a long swig of bourbon as a signal to the crowd of when to participate, and laughed as he had Moen do two practice runs.  This particular song required every band member to participate in a way that they had not in previous songs and they were all having a great time, as was the audience.  Towards the middle of the song, two assistants floated a large, inflatable whale across the stage and then floated it into the crowd.  The crowd proceeded to bounce it around, not unlike a beach ball, until it was once again brought back onto the stage!  It was the perfect, fun ending to an already incredible performance and it was apparent that the fans had a great time!  Illinois indie rock singer Eleanor Friedberger opened the set and got the crowd warmed up for the night ahead, even bringing Chris Funk and Jenny Conlee of The Decemberists out on stage for two of her songs!