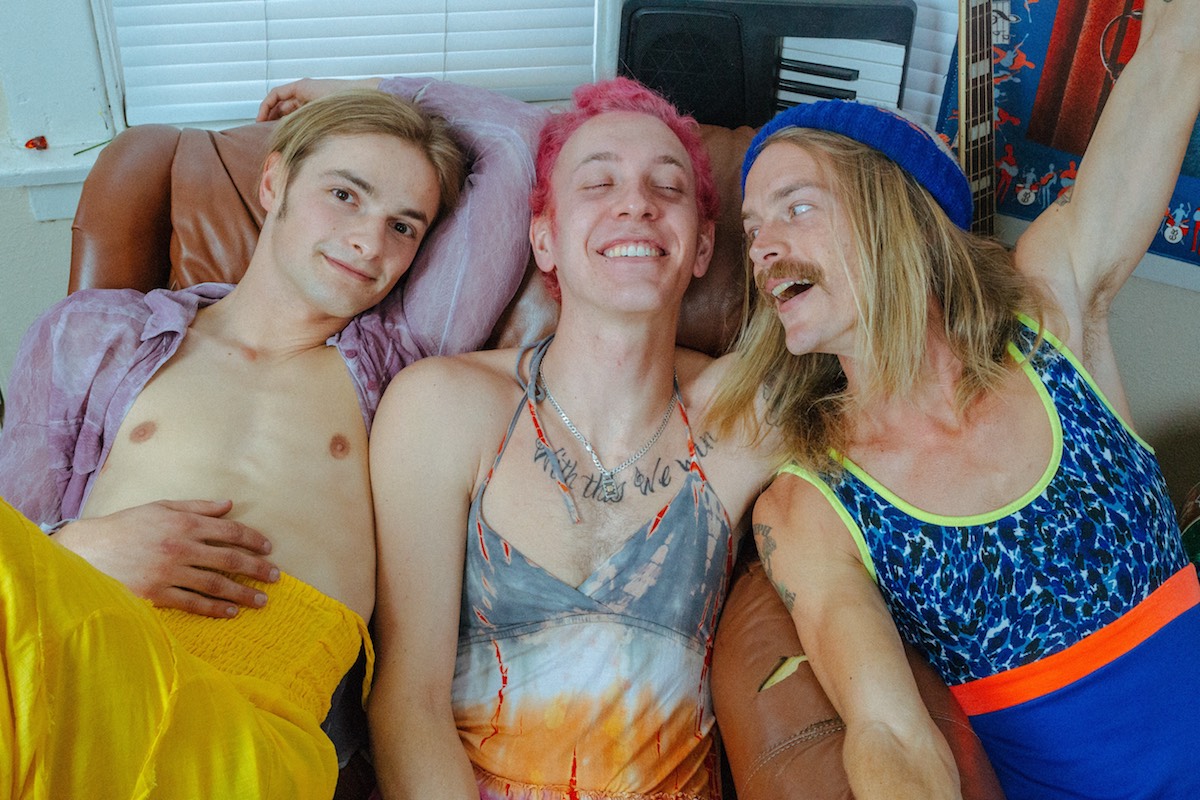 The Captain’s Son is Paige Byrd (guitar/vocals), Jarred Hayden (drums) and William Hopkins (bass/vocals), who together they have the ability to blend catchy warm guitar melodies, laid-back harmonizing vocals and upbeat drum rhythms, reminiscent of early California surf pop.  Living in Long Beach, California, the band formed after Byrd and Hayden started playing together as teens. Hopkins later joined the band and after realizing they shared the same passion for music, it encouraged them to continue their journey together as The Captain’s Son.  The trio combines indie surf pop, beautiful layered harmonies and classic garage rock n’ roll.  Taking influence from 60’s artists and modern indie groups, the band have succeeded in crafting a unique sound all their own.  Taking their name from both Woody Guthrie’s “Muleskinner Blues” and Star Trek: Deep Space 9, the band was officially formed in late 2015, before Byrd, Hopkins, and Hayden made their cross-continental exodus from the native Southern Missouri hometown in which they’d been languishing to the left coast.  They were restless and, after stringent deliberation that involved disappointing girlfriends, and leaving jobs, families and bandmates, they ended up in Long Beach, somehow without getting themselves into any irreparable trouble on the way.  It’s a cliche, perhaps, but only because cliches are born of a million unique realities.

The Captain’s Son have since started leaving their scent around their chosen beachfront enclave, writing new songs, conquering new haunts and putting out a succession of singles and an EP release (Busty Crustacean), including track, “Oh My Where The Time Goes (Live in Hollywood),” both released earlier this year.  Those were predated by 2018’s doo-wop shambolic, “Do You Think Of Me?”, surf punk rambler “Quick Before You Blackout,” ska-tinged “Long Beach,” and “Sun & Clouds.”   The band is definitely onto something but don’t try to peg ‘em down. Gracefully cresting over about a half dozen sub-genres including punk, surf, psych, ‘50s vocal groups, ‘60s soul pop, ‘70s in Laurel Canyon, ‘80s post-punk, and beyond, it wouldn’t be unusual to catch a bit of Wall of Voodoo mashed with Dion and the Belmonts, or Violent Femmes taking on early Sublime in one sitting.   The band’s forthcoming material goes deeper into the grain, evident by spankin’ new track, “Will It Last?” premiered late last week with MAGNET MAGAZINE.  “‘Will It Last?” was written last year sometime and was inspired by moments that feel temporary, especially in relationships,” says Byrd.  “Nothing lasts forever as we know, and this song takes a sort of realistic, ‘cynical’ look at it while conveying romantic emotion—mostly in the form of being good without it because you think it’ll end and disrupt you.”   The tune is the first single from the Captain’s Son’s self-produced debut album, Feel Good Slam-Pop For Animals set for release in late fall 2019.  Ahh, “Slam-Pop”! That’s what we call it!  You can follow The Captain’s Son and stay up-to-date on all upcoming band, album and tour news via the following links: