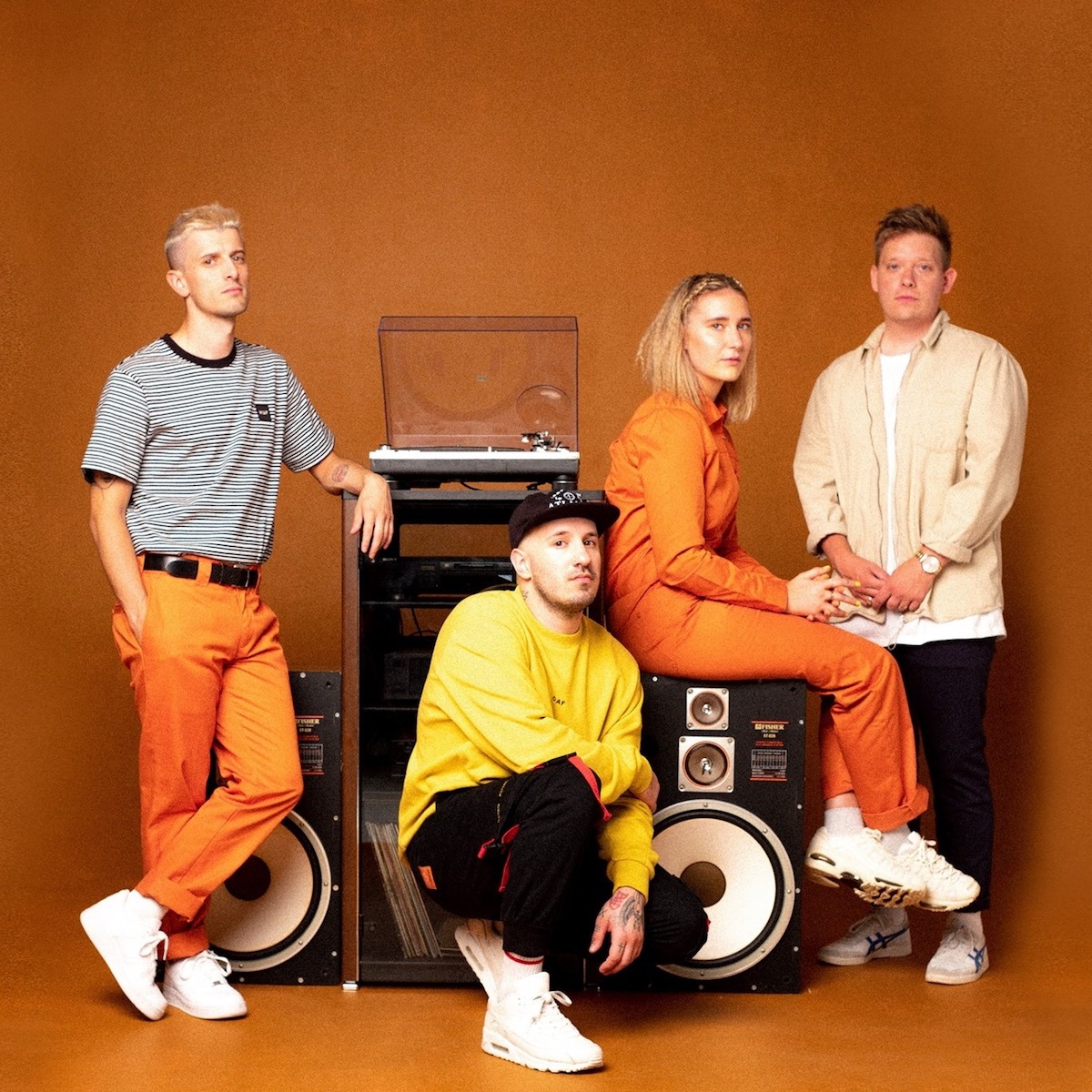 Sparkling indie-pop darlings Fickle Friends are back with their newest single, “Amateurs,” their first release out on Cooking Vinyl since signing to the label last month.  “The song is about being in a relationship for which you feel unequipped, then realizing it isn’t worth sticking it out for the sake of not being “alone” in a society that views being unattached as a sign of inadequacy,” shares front woman Natti Shiner of the inspiration behind “Amateurs.”  Returning to their DIY roots that sparked over 100 million global streams, the track was recorded at home and produced by keyboardist and programmer Jack Wilson.  “Amateurs” flawlessly continues Fickle Friends’ legacy of creating tracks Stereogum has called “infectious” and Nylon described as “upbeat synth-drenched pop.”  The first release following the band’s debut UK Top 10 full-length You Are Someone Else and Broken Sleep EP, “Amateurs” joins Fickle Friends catalog of thoughtful bops, including “Brooklyn,” Glue,” “Wake Me Up,” and “Swim,” that possess transparently honest messaging about maneuvering our early 20s and the anxiety and heartbreak that can accompany the steps we take to transition each new chapter in our lives.  Fickle Friends formed in 2013 in Brighton, England and is comprised of Natassja “Natti” Shiner (vocals/keys), Harry Harrington (bass/backing vocals), Chris Hall (lead guitar), Sam Morris (drums) and Jack Wilson (keys).   You can follow the band and stay up-to-date on all upcoming music, band and tour news via the following links.  Check out “Amateurs” below.