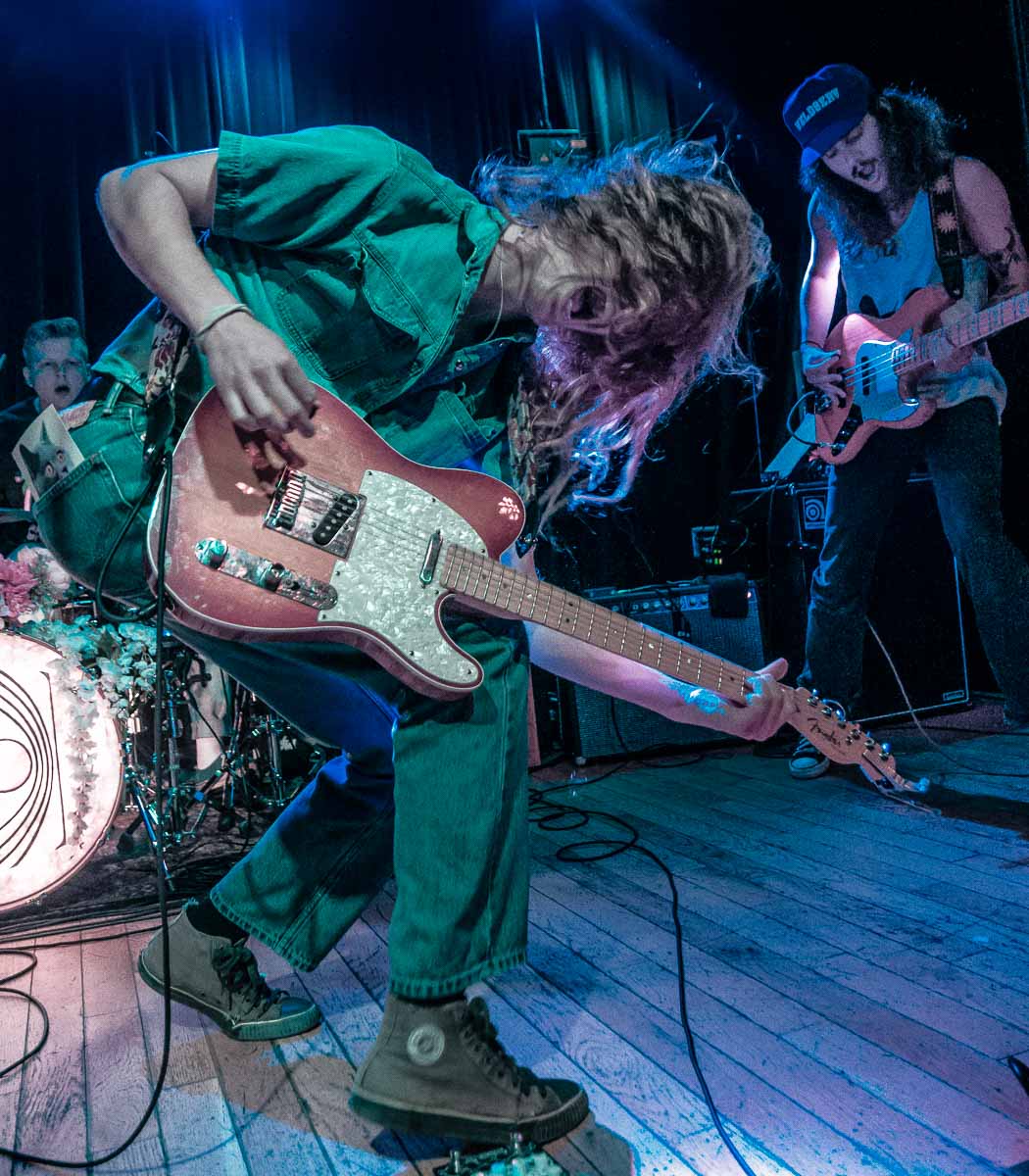 The Backseat Lovers with Sleepy Gonzales

Live music is back and last night I had the opportunity to catch Utah-based band The Backseat Lovers, who made a tour stop at Zanazabar in Louisville, KY.  Although I had only recently learned of the band, I was excited to experience their live show, which was performed this evening to a sold out crowd.  Fans started lining up about an hour before doors opened and the excitement in the air was palpable.  For many of the fans, as well as for myself, this was the first show they had attended in well over a year, and many were giddy that they were once again seeing live music and enjoying a fun evening with their favorite band.  As soon as doors opened, fans rushed towards the stage to get a spot as close as possible.  Zanzabar is a smaller-sized venue that has no barricade, giving the fans the intimate experience of being right up against the stage.  First up this evening was Sleepy Gonzales, a band hailing from Surrey, British Columbia, Canada.  Coming up on stage first were singer Ally and guitarist/singer Cristian, who sang about half of the first song before being joined on stage by drummer Beni and bassist Nick.  Although many in the crowd had not heard this band before, myself included, they quickly made a new roomful of fans with their eclectic and often melodic indie rock sound.  With plenty of amazing drum solos from Beni and Ally alternating between keys and acoustic guitar, the members all interacted with each other throughout their set, as well as with the crowd, who were having a great time dancing along with the band.  At the end of the set, as the band was leaving the stage, their drummer, Beni, held up a sign saying he would eat an entire lemon for $10, and took a big bite out of the one he was holding, making the crowd laugh! He did get an offer of $2!

Headlining the show this evening was The Backseat Lovers.  As the lights dimmed and the band walked on stage, the crowd welcomed them with deafening applause, earning a wide grin from singer/guitarist Josh Harmon.  Getting things started with a short, instrumental intro, the crowd quickly warmed up and were singing along as the band quickly transitioned to their 2019 single “Just A Boy”.  It’s hard to describe the feeling of euphoria that filled the venue this evening, with the sold out crowd of fans singing along in the most heartfelt way to every lyric of every song.  The fact that this band and their music meant so much to the fans as clearly written on the faces of many in attendance.  The band was in high spirits, as well, with them and the crowd feeding off of each other’s energy in the most incredible way.  Although Harmon chatted a bit with the crowd, and about halfway through chugged a bottle of water upon the crowd’s chants of “CHUG! CHUG! CHUG!”, they mostly just played their music.  Playing songs such as “Pool House”, “Kilby Girl”, and “Maple Syrup” from their 2019 debut album When We Were Friends, they also performed a couple of new songs that had the crowd just as excited.  Harmon is a force to be reckoned with on stage, in the best possible way, jumping around, shaking his head, and flailing his guitar around, and it’s apparent that he really feels the music that he plays.  His interactions with lead guitarist/vocalist Jonas Swanson, drummer/background vocalist Juice Welch, and bassist KJ Ward made the set all the more exciting to watch!  After playing for close to an hour and leaving the stage, they quickly came back out for an encore.  Harmon told the crowd that they had a tradition of always ending their sets with the same song, “Sinking Ship”, to which the crowd went wild for one last song!   It was a really fun evening all around!