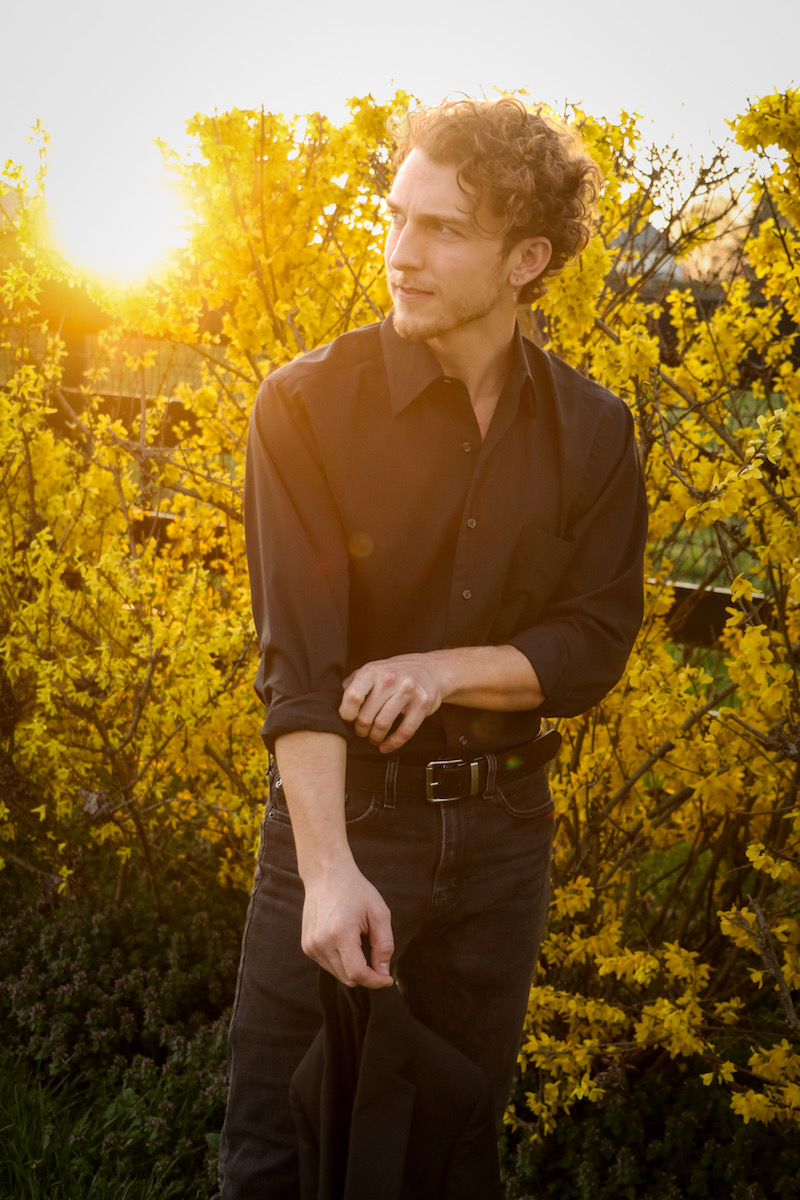 A proud Kentuckian—by birth and now, by choice—Grayson Jenkins sings his stories with a shrewd sincerity, a hopeful resignation, and a canny insight into the ways of the world; a world that found him, like many others, putting his life and career on hold for the last year and a half. But now that the world is turning again, Jenkins is ready to unshelve a treasure trove of songs with Turning Tides, a full-length album due out August 27th.  Jenkins delivers candor and vulnerability with his signature resonant baritone; powerful enough to fill large halls but still tender enough to cradle his lyrics and deliver them straight into listeners’ hearts. Recently, Jenkins’ shared the album-opener, “Mockingbird,” a bright pop-inflected track whose joyous, rollicking vibe belies the sadness of the story it tells: the end of a relationship, the persistent lingering memories of a lover, and the difficult determination to move on.  The Bluegrass Situation caught up with Jenkins to learn more about the tune and its origin.  “I had just broken up with my girlfriend of four years and was a bit of a mess,” he said.  “I decided to go camping in my van and to see Willie Nelson and Bob Dylan in Milwaukee.  The first line for this song came from a bird that was chirping non-stop by my van one morning.  I couldn’t get it to leave, kind of like her memory.  It was a good trip but I didn’t come back with anything but a broken heart, toll tickets, a sunburn, and this song.”

Turning Tides Tracklist:
Mockingbird
Nowhere Nights
Turning Tides
Jackson
Low Down Lady
Dear Katie
Picket Fences
Kennedy Road
Turning Tides (Acoustic)
Sweet Yesterday
Although Jenkins started recording the album in 2019 and finished it by summer 2020, he held off putting it out during the pandemic, and holding onto the album has been “kind of a life vest of music,” he says.  Jenkins calls the album a labor of love, saying, “We recorded the bones of the songs in five days, and then over the course of several months I added to it.”  The album features an all-star cast of Kentucky musicians, including Jesse Wells (Tyler Childers), who co-produced the album with Jenkins and played electric guitar, fiddle, and mandolin.  With the help of Wells, Jenkins recruited Miles Miller (Sturgill Simpson) for drums and Kenny Miles (Wayne Graham) for bass to round out the core recording group.  The album’s title track rides in on a Dick Dale-like guitar lick before shimmering slide guitar runs provide a bed for Jenkins’ slow-burning vocals; the song evokes the uncertainty that dark times bring and the glimmering rays of anticipation that change brings.  With sonic echoes of Lynyrd Skynyrd’s “The Ballad of Curtis Loew,” “Turning Tides” cannily rockets from the instrumental bridge into a bright major key.  Jenkins points out that for him the primary meaning of the song is “hope and optimism.  Like a lot of folks, I’ve dealt with depression and anxiety.  Coming out of those hard times is one of the greatest feelings in the world and this song was written about that.”  In the end, Jenkins feels just like the character from the song: “Ready for the sun to shine and the tide to turn.”   Like “Turning Tides” and “Mockingbird,” the songs on Turning Tides all tell captivating stories of love and loss, heartbreak and hope.  For Jenkins, the arc of the album follows transitions in his own life—moving into music full-time, emerging into a post-pandemic phase of life, leaving behind one relationship and starting another—and offers perspectives on the changes we all experience in our lives as we move from sadness to joy, from self-denial to self-discovery, from darkness to light.

Hailing from Muhlenberg County, Kentucky, Grayson Jenkins’ musical versatility—playing everything from country and bluegrass to rock ‘n’ roll—has helped him create a diverse fan base, and he’s built his career on his own, self-funding his projects and doing whatever he’s needed to do to keep his music life rolling.  He grew up listening to Johnny Cash, Waylon Jennings, Willie Nelson, Hank Williams, Jr., and later Sturgill Simpson, Eric Church, and Turnpike Troubadours. Jenkins started writing songs in his senior year at the University of Kentucky in Lexington, KY, and began playing a regular house gig in a bar in town around the same time, continuing to play there for four years.  When Jenkins “realized people were responding to these songs,” he recalls, “I wanted to write songs for them.  I wanted to write songs people could sing along to.  I want to be my own artist but I also believe it’s my job to make people think, feel, dance, and forget about the world for a few minutes.”  In 2015, Jenkins released his first album, Down on Southland, and in 2017 he embarked on a career as a full-time musician, releasing the album Cityscapes & Countrysides that year. In 2019, Jenkins put out the Cowboy Dream EP, and last year he released Hand Me Downs.  Jenkins’ pop-drenched country folk gets listeners up and dancing and singing along to the songs, and his heartfelt lyrics stay with them long after the music stops.  You can connect with Grayson Jenkins via the following links.   You can pre-order or pre-save Turning Tides ahead of it’s August 27th release HERE.  And if you are attending Railbird Festival on August 28th and 29th in Lexington, KY, make sure to catch his set, which will be doubling as his album release show!!  Photo credit: Sarah Cahill.