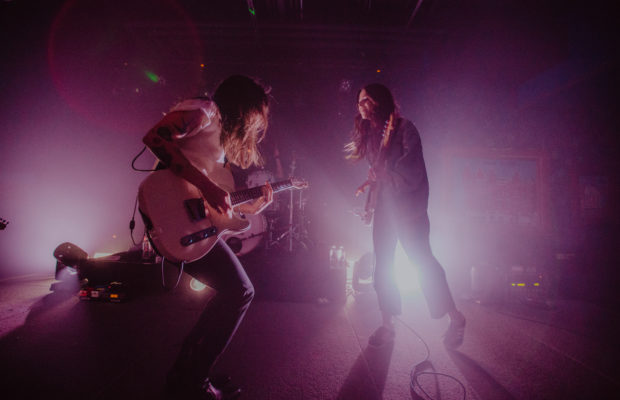 The Aces with joan

On February 19, 2019, The Aces played a sold out show at House of Blues Cambridge Room in Dallas, TX. The show opened with joan, an indie pop duo from Little Rock, Arkansas. joan played through their discography, including songs from their debut EP and their newest single “drive all night.” joan also played two new songs titled “ease your mind” and “one more touch.” Not only did joan get the crowd pumped up for The Aces, but they gained several new fans that night. The Aces took the stage at 9 and opened with bass-heavy jam, “Put It On The Line” in which McKenna Petty, bassist, is the star of the track. The Aces then continued to play every song they have ever released and the Cambridge Room turned into a dance party. From guitar heavy dance tracks from their debut EP such as “Baby Who” to the love ballad “Hurricane,” The Aces put their whole heart into their performance. They closed the show with hit “Stuck,” in which the entire audience jumped and danced their hearts out. Cristal Ramirez, Alisa Ramirez, Katie Henderson, and McKenna Petty are just four of the incredibly talented women out there who are continually inspiring young women to follow their dreams.