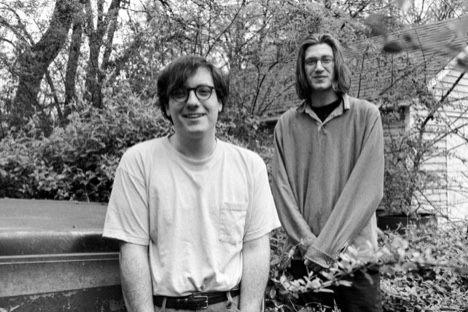 Previously known as China Gate, the Memphis indie-pop band changed their name recently to Super Low. Adams explained, “We changed the name to Super Low because we now have a rotating group of musicians to help with touring; while before we had the same five members for over three years.” With the new set-up, Adams and keyboardist Harry Neblett are the only permanent members of the group. Drummer John Lewandowski, bassist Conner Booth are joined by rotating live members Jawaun Crawford, Annalisabeth Craig, and Walt Phelan for performances, making for a versatile configuration. Drawing comparison to The Shins and The Cure, the bandboxes upbeat pop tones with alternative indie flavor.  With lyrics that focus heavily on personal relationships, emotions and self-reflection, the addition of bright, catchy melodies and dynamic tracks makes for an interesting mix.  The band released their debut self-titled album in July which was recorded at Young Avenue Sound with Calvin Lauber (the engineer for Julien Baker’s Turn Out The Lights).  Their most recent single from the album, “Unlimited Data”, was released a head of the album. “The song is a reminder that things don’t stay the same. When things are going well they are going to get worse. And when things are going badly they will get better,” shared vocalist/guitarist Tiger Adams.  “We started tracking this song with our friend Alex Nicholls after we thought the album was finished,” shared Adams. “He’s a recording major at the University of Memphis and asked us to track a song for a project. We ended up liking the song and finished recording it with with Calvin Lauber (Young Avenue Sound)”, who had engineered the rest of the record. “It’s a lot more fresh to us than the other songs; it probably feels closer to what our even newer songs sound like”.  With plans to tour and release new music, Super Low is embarking on their new musical adventure with their new sound and live band experience.  Staff writer Emily May spoke recently via email with the duo and discussed the new EP and latest single.  You can follow Super Low and stay up-to-date with all upcoming band, music and tour news via the following links.  Photo credit: Flannery Harper.
Facebook | Instagram | Spotify | Bandcamp
You were previously known as China Gate before changing your name to Super Low and have reshaped your artist image alongside your name change to set the tone for future releases.  What led you to want to reshape yourselves as artists?  What led you to re-configure the band to a permanent 2 member line up with a rotating cast of other musicians for live shows/touring?

Tiger Adams: I don’t think we wanted to reshape anything image wise. We just used to have a very consistent live band, but now to make touring possible we have a rotating group of musicians!

You debuted your self-titled album in July.  What can you tell me about the process of making the album?  How did it differ from the making of your earlier albums as China Gate?  How did you go about narrowing down the 13 songs you had down to 10?

The recording process was great we became very close with our engineer Calvin Lauber which helped a lot. The three songs that we didn’t release just felt like they could probably be singles on their own, so we’re just saving them for later!

What can you tell me about your progression of sound as artists from your more “rough around the edges” rock sound to your more recent sound?  Do you find that, as a band, you are always drawing on changing influences to evolve your sound?

I guess probably just trying to play the melodies on other instruments besides electric guitar every time!

Your songs have been described as having a charming and approachable sound that builds a gateway to the hard conversations and reflective questions found in your lyrics.  What can you tell me about your approach to songwriting and the subjects that influence your lyrics?

I don’t know if I have a very specific approach or method to songwriting, but I try and probably fail to keep my lyrics both personal and universal. Hope that doesn’t sound too pretentious haha. I just try and find a balance between those two.

What can you tell me about growing up in Memphis and how the music scene has influenced you as artists?  You’ve said that there are not a lot of bands like Super Low in the Memphis music scene.  How do you feel that your band fits in? Who are some other local bands that you are loving right now?

Growing up in Memphis as a musician is great. I do think there are similar bands to us! But I think that Memphis is probably more known for garage/punk music now. My favorite Memphis bands are Harlan, Nots, Small, Schaefer Llana, TIRE, & Melinda! Probably forgetting some other favorite Memphis bands.

Tiger and Harry- I read that you are both now out of college.  What did you study?  What was it like to have to juggle work and school with the band?  What are your plans for the band now you are out of school?

Tiger: Harry and I both studied Literature. Now we’re touring a lot! We are on our second tour since releasing the album as I’m writing this and we’ve got another tour in October.

What’s next for Super Low?

More touring and releasing some new singles before the end of the year.