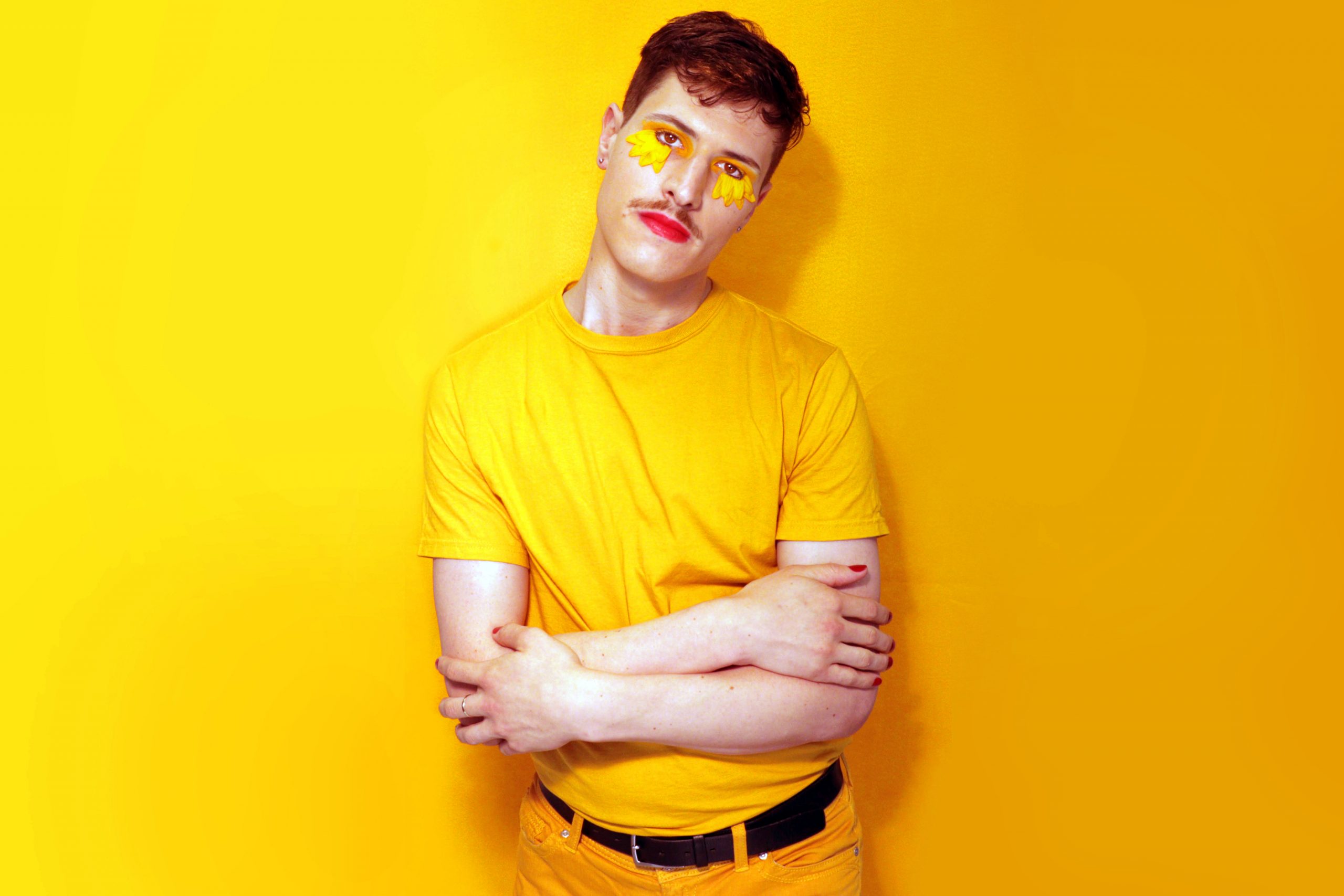 Through the next few months the world is going to keep changing and we’re going to have to keep adapting with it for better or worse. Before the COVID-19 pandemic crept into our lives I got to talk to New York-based singer-songwriter Stefan Alexander about his career and how rapidly life has continued changing for him. I’ve struggled with how to tell this story, Stefan’s story since the world has collapsed right before our eyes. However, no one understands having to adapt quite like Alexander. With chronic health issues coming into his life right after his first single “Skeletons” was released. Alexander has a brand new Cry Again EP out now and it’s the perfect time to discover this artist who understands the difficulties of our time and changes very much.

“I was surprised, it was awesome, but it was too bad, because I was dealing with this health crisis and I couldn’t follow it up,” commented Alexander on the success of “Skeletons” at its premiere four years ago. “It was awesome to see the success but hard knowing that I couldn’t perform and  that I couldn’t really do anything with it. It just hurt knowing it was going to be a flash in the pan.”

When it comes to talking about his battle with Central Sensitization Syndrome, a nervous system condition with chronic pain Alexander was an open book about his fears and what this meant for his career, which he described as “One of the most foundational experiences of his life”.  Describing what Central Sensitization Syndrome is to me Alexander explains it like such, “It’s a growing thing. Pain science has been in the headlines a lot lately with the opioid crisis. It’s a really important discussion. Doctors are realizing that so much of chronic pain is brain based. It’s based in patterns and trauma’s which can lead you down spirals.”

During his time off Stefan Alexander spent all of his time focusing on his health. “It’s not fun writing music if you can’t sing or play guitar. It made things challenging. The writing sessions I would do were fueled by alcohol and things that help me get through it. I was singularly focused that figuring out what was wrong with that I didn’t feel very inspired.” When it came to his career the thing Alexander was troubled with the most were the many missed opportunities. “What I was really nervous about was people coming knocking and telling me ‘you have to perform’ and I just had to say that I can’t. I’m physically not able to. There were offers that I had to turn down that could have been the start of something really awesome.”

Flash forward four years later Stefan Alexander is healthier and in his words he’s “Putting out music that feels more like me than the stuff I was making back then.” Part of that feeling more than like himself is Alexander embracing himself as a queer artist. When asked about his queer identity and it’s importance to put it first he responded, “I think it’s important for queer stories to be highlighted. Mine are much less unique than others, I’m a cis queer white man. It’s not very exciting, but I hope I have a story to tell and I hope I have stories that can motivate people.”

Describing the growth in his queer during is hiatus Alexander explained to me that back in 2016 he was a lot more nervous about being open with his sexuality in his music. “I was not putting male pronouns in my love songs. I decided that I wouldn’t lie about being gay, but I wasn’t a gay artist. I’ve totally gotten rid of that mentality. I’m a full blown gay artist. I want to be out there as much as I can.” You can see how this is true as Alexander wears a crystal crown with a full face of make-up complete with a bold red lip and matching nails on the cover Cry Again EP.

At the start of our interview before diving into his battle with Central Sensitization Syndrome I asked him if it was too personal to talk about. Alexander replied that nothing was “was too personal.” Which is part of his philosophy and journey. Stefan Alexander explaining that he’d been so closed off before his diagnoses. Not wanting to compromise with his truth and vision Alexander explained to me this ultimate goal is vulnerability. As it artist Alexander explained that if he wasn’t being true with his sexuality and he was ultimately not being true at all.

We talked about the complications of queer artist being seen as niche, when the queer experience can be universal. “It’s funny though because I’ll be playing a show, I’ll be singing something that pretty overtly queer when I see all the boyfriends in the audience grab their girlfriends hand and I just wow I inspired heterosexual love too,” Alexander jokes. However Alexander doesn’t want to shy away from creating music about the specific gay experience in order to appeal to masses. Something that is admirable, we have too many songs about the hetero-normative relationship experience, the gays can have something about them as a treat.

Stefan Alexander’s story is an important one to tell right now, because he’s an artist who has been in a position that many of are finding ourselves in. When we talked we were going through all of his plans for upcoming shows and possible festival appearances, many of those we quickly cancelled the next month. Once again unseen events have changed this for Alexander, but through all Cry Again EP was released to give us feels during lock-downs and the everyday chaos of living through a pandemic. During this time maybe we can all learn from Alexander on how to adjust, how to open up with ourselves, and maybe how to cry again. I know I listening back to our interview from the innocent time of February 2020 I learned from him, giving me the courage to go forward and tell his story.