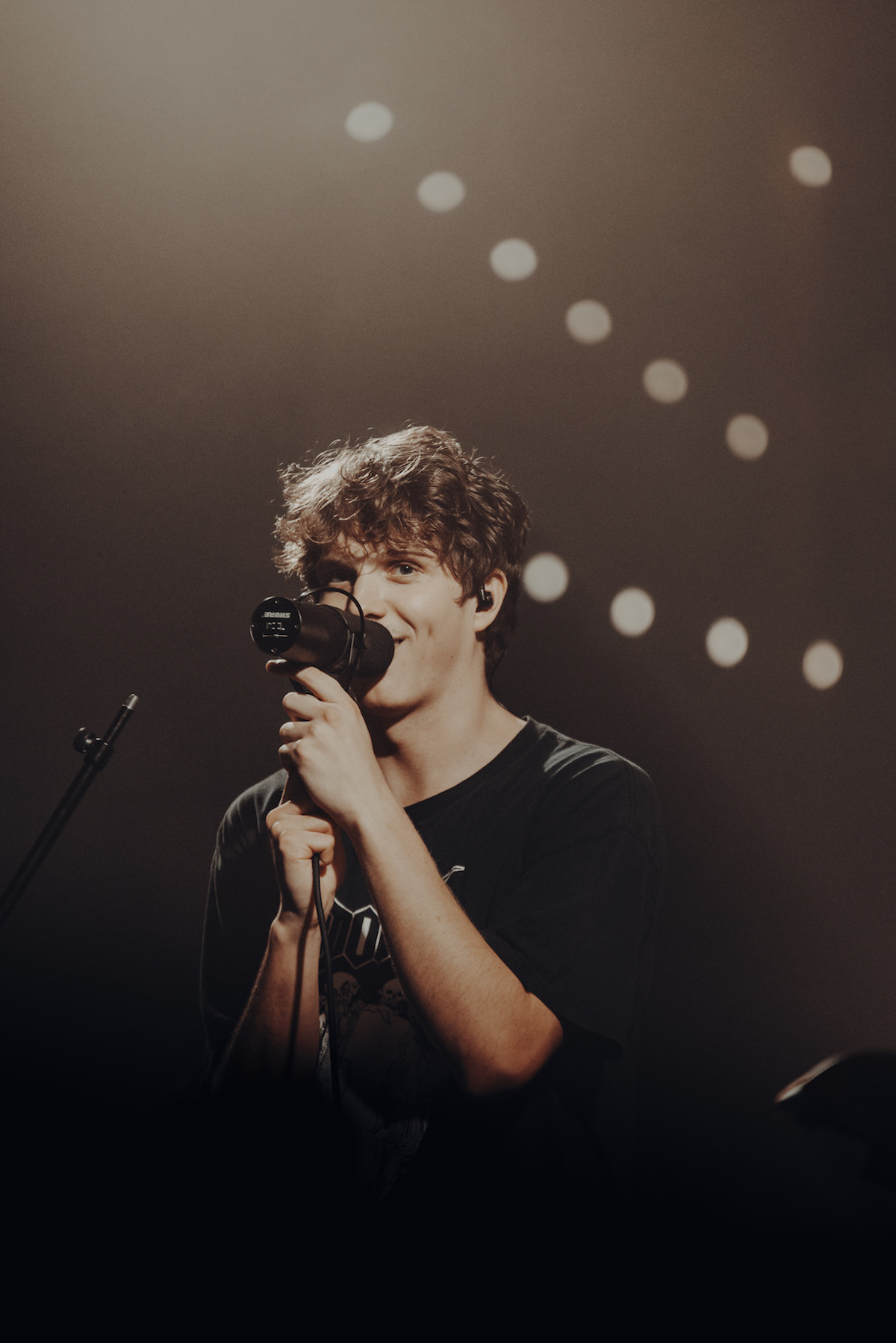 Boy in Space is the artist moniker of Robin Lundbäck, a youngster that hails from Alingäs, Sweden. The “In Space” aspect of his name isn’t as cosmic as it sounds, but is instead about the state of being ‘in-between’.  It’s about being neither at the start nor being anywhere towards the end of life’s journey.  It’s about recognizing those who haven’t found their glove-like fit in a conventional sense and recognizing difference as special.  Lundbäck explains more personally to him that “It’s the courage to depart the familiar to a destination unknown.  The ‘Space” is the intensity of youth.  The cold sting of heartbreak.  The suffocation of betrayal.  The Fiery passion of young love.”  Combine these ideas with his sounds on record & you get a sense of chaotic warmth that plays with the grand ideas of the heart’s core emotions, steeped in his love of hip-hop production. Blending to create something special, his favorite influences shine through in his music, like Blink 182, A$AP Rocky, Khalid, Post Malone, LAUV, Red Hot Chili Peppers, Gorillaz, Outkast, The 1975, and The Weeknd.

Boy In Space has released “Caroline”, the first of three singles set for release during the Spring of 2020.  The new track joins a series of spellbinding biographical gems that highlight the rising singer-songwriter’s personal and intimate life experiences.  Propelled by Robin’s genuine, emotionally-charged vocals, the new single conveys the swell of self-doubt and hopelessness that accompanies unrequited love.  Fans have been eagerly awaiting the song’s release since Robin first teased it on tour with Alec Benjamin at the end of last year.  “Caroline is that girl that you’re crushing on but is completely out of your league and untouchable,” Robin said noting that, “we all knew a Caroline growing up.”  Launching what is sure to be a big year for the buzzy artist,“Caroline” follows a highly successful 2019, which rocketed him to over 35 million streams on Spotify alone.  He previously released the singles “7UP”, “Cold”, “On A Prayer” ft. SHY Martin and “Drown”.  You can follow Boy In Space and stay up-to-date on all upcoming artist, music and tour news, as well as stream and purchase his music, via the following links.  Photo credit: Apolline Cornuet.