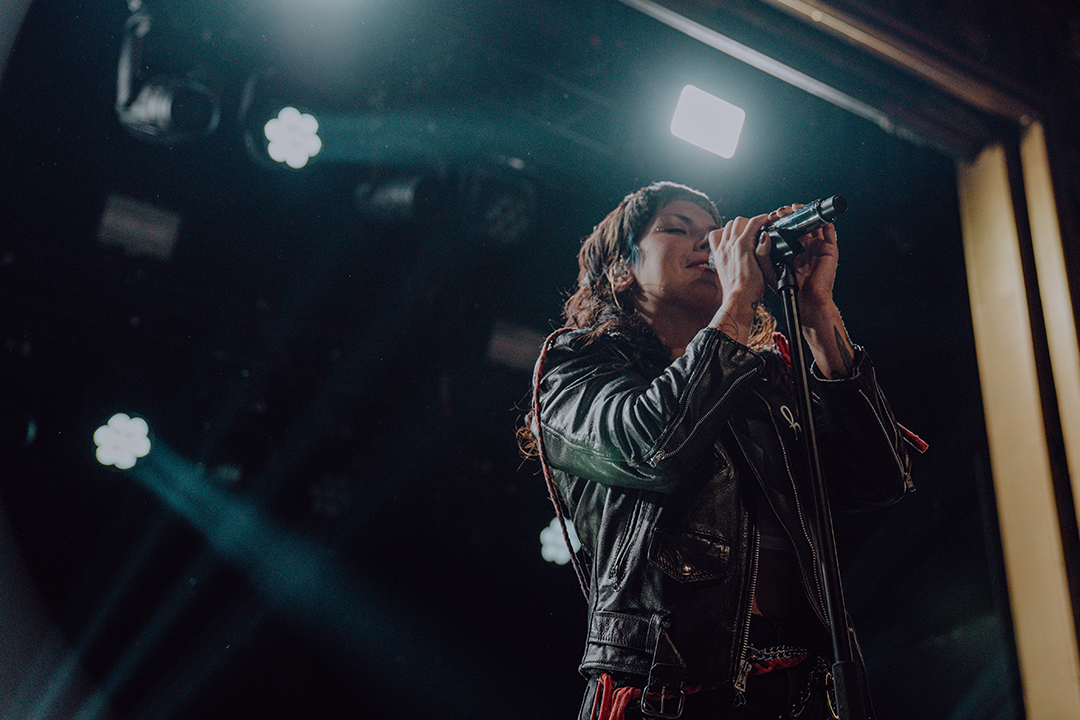 I think it’s safe to say that every older sibling has played an important role in the growth and progression of their younger siblings music taste. At least, that was most certainly the case for me. Growing up, my sister used to burn me mixtapes and then later would make me playlists on her first generation iPod. I discovered a whole world of music through my sister and, sure, a lot of bands have come and gone but one band who has stuck around for me since those early days, was Sleigh Bells.

I was first introduced to the Brooklyn based noise pop duo via their song “Rill Rill”, which my sister played for me when I was a freshman in high school. Little did I know that that song, and that album Treats, would become a foundational block in my music taste to this day; and apparently I wasn’t alone. In early March 2020, Sleigh Bells announced that they would be playing a hometown show at New York’s Brooklyn Steel in celebration of Treats 10 Year Anniversary. Approximately 3 days later, the COVID-19 pandemic began and New York City went into lockdown. Many of us thought that the show would still go on, but as the pandemic raged, we began to worry that there might not be a show — no celebration of an album that was so important to us all.

That was until May 2021, when Sleigh Bells announced that they would be going ahead with the Treats 10 Year Anniversary show, on September 9 and this time, at Webster Hall. The day quickly approached and before I knew it, I was inside the venue preparing for the show of my lifetime. I always look forward to Sleigh Bells shows because they are filled with such pure joy and happiness and love for live music. The rush that I get at a Sleigh Bells show is unmatched and I spend months, and in this case years, chasing that high after every show.

I climbed the stairs of the beautifully renovated Webster Hall in time to catch opening act, EU1OGY. I’ll be honest, I didn’t know what to expect. But when I saw the one man band, the stage name for Isaac Shane, I definitely wasn’t expecting what was about to happen. Shane hopped and high kicked across the stage as a soundtrack that can only be described as hyper pop meets hardcore. It was clear to see that fans throughout the venue were feeling Shane’s music and performance, as he commanded the stage for a 30 minute set.

Finally, the time had come for the main attraction. Sleigh Bells took the stage, showcasing an entirely new stage set up. Three backup singers joined stage right and a drummer took his seat at the back of the stage. Lead vocalist, Alexis Krauss, and guitarist Derek Miller graced the stage, wearing smiles from ear to ear. As usual, they kicked off their insanely high energy set with Bitter Rivals, the title track from their sophomore album. The energy that radiated from the band was palpable and I could feel just how excited Alexis and Derek were to finally be performing on stage again. Sleigh Bells debuted a handful of songs from their most recent record, Texis, including “Justine Go Genesis” and “Locust Laced”, before a knockout performance of “Rule Number One”. The band suddenly left the stage and the lights went dark.

We all knew it — there was no way that the show was over that quickly. We had only seen five songs and not a single one was from Treats! How could that be?

Fear not! After a brief pause, the band returned to the stage. “This is Treats!”, Alexis shouted into the mic as she emerged from the darkness of backstage. Sleigh Bells then ripped into a jaw dropping, absolutely stellar performance of their debut album from front to back. I can longer count on two hands the amount of times that I’ve seen Sleigh Bells live, and as cliché as it sounds, it is entirely true: they get better with every performance. Strobe lights were flashing everywhere and Alexis vocals floated beautifully above the loud and beautifully chaotic sounds emanating from Derek’s guitar. For the first time, I got to see several songs that I truly never thought I would get to hear live including “A/B Machines” and “Straight A’s”; which, coincidentally, were also the crowds favored songs as well. The floor was bouncing up and down as mosh pits opened up and fans hair flew everywhere as people headband to the hardcore breakdown in “A/B Machines”.

For the first time in a long time, I finally felt alive again. After coming out the other end of one of the hardest times in our lives, we were rewarded with one of the most unforgettable, groundbreaking and most amazing live music performances I’d ever been to. Kudos to Sleigh Bells for a stellar performance and I cannot wait to catch them on their nationwide tour this fall/winter!