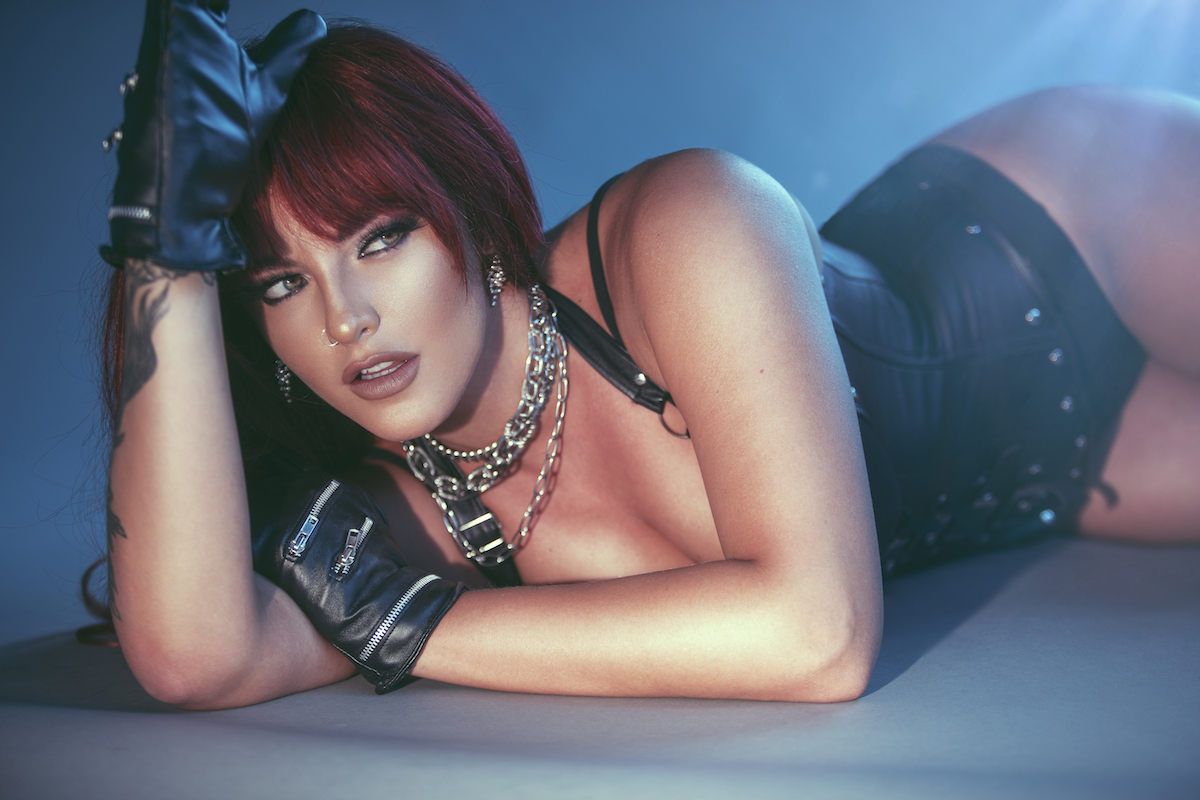 The embodiment of old Hollywood glam with a rockstar twist, Fia Nyxx embraces a theatrical approach with her music while paying homage to her hometown heart and southern jazz influences.  Her music embodies a brilliantly experimental clash of genres, transcending her once “pop artist” image and unleashing a masterful vision for storytelling and larger than life performances.  A veteran in the industry, she has toured the US and Asia as part of the girl group She and released her first solo record in March of 2018, an EP entitled Everything Girl.  The EP was recorded at Fame Studios in Muscle Shoals, AL under the musical direction of Will McFarlane (Etta James/Bonnie Raitt/Bobby “Blue” Bland), Emmy-winning producer Lance Bendiksen, Multi-Platinum producer and mixer Brian Malouf (Michael Jackson/Queen/Madonna), and features players from the iconic Muscle Shoals rhythm section ‘The Swampers’.  Since the popular release of the EP, she has been featured on the back cover of Billboard Magazine, Buzz Music, Sinusoidal Music, Indie Top 39, Top 40 Charts (T4C), Less Than 1,000 Followers, Elicit Magazine, and Wire Image.  Her accompanying music video for “Maybe Just Love Me” won a Telly Award and was in consideration for the Cannes Short Film Festival and the Hollywood Music In Media Awards.  Spotify playlists include Wish 107.5 playlist 2021, RMF FM 2021, RIX FM 2021, Sverige Topplista, KISS FM Romania Top 40, Radio ZET 2021, and NRJ Sweden 2021/Sverige Hits.  At the beginning of 2021, Fia launched back onto the scene with 4 sold out shows in Denver and a series of singles beginning in late summer.  “Still Love You” was the first single, released on August 20th.

Fia is set to release her new album Red Umbrella in early 2022.  Today, Stitched Sound is happy to premiere her new single “Don’t Shame Me”, the second single from the upcoming album. “Don’t Shame Me” is a steamy, in-your-face, declaration of power that blows the roof off a notable Motown groove once recognized, and admired, within Fia’s music. This pop-influenced rhythm and blues anthem, poses sultry vocals and sophisticated melodies, taking a power stance amongst driving bass lines and obliterating the rudimentary, steady four-beat drum tempo.

“Don’t Shame Me” is my declaration of power, my assertion of my own ‘bad-ass-ary.’  I am unapologetically stepping into my skin and celebrating who I’ve become.  Confidence is self-made and starts from within. Only you can uncover it for yourself, no one can do that for you.”

You can connect with Fia Nyxx via the following links.  Photo credit: Shaun Vadella.