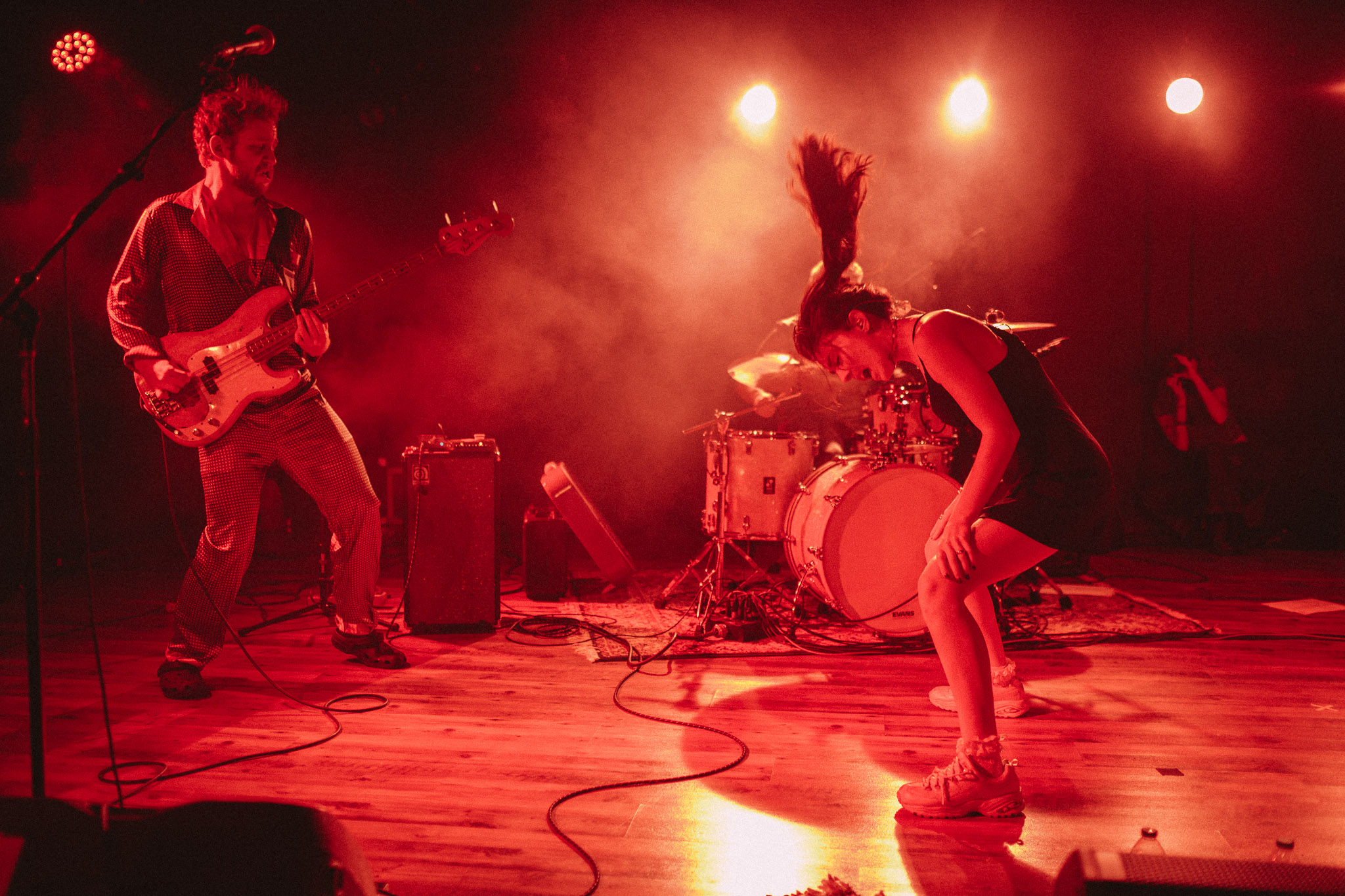 Samia recently kicked off her first headlining tour after opening up for Sylvan Esso over the past month. She made a stop at the White Rabbit Cabaret, an intimate venue on the outskirts of downtown Indianapolis. The room began to fill up just before the start of the show. It felt magical to be in a small venue with so many people excited to see live music.

Singer-songwriter Savannah Conley took the stage. Soft melodies paired with somber lyrics quickly captured the attention and hearts of the audience. A few people in the front row said they were her new biggest fans. Towards the end of her set, she covered “Do I Wanna Know,” by the Arctic Monkeys and blew the crowd away.

Samia’s bandmates walked onstage wearing silky pajamas as they picked up their instruments. They started out the night by playing “Pool,” the opening track on her debut album The Baby.  Samia walked onto the stage and the audience began to cheer. She played a mix of older and newer songs. Her lyrics are very poetic and the music behind them makes them even more powerful. During her song, “As You Are,” she had Savannah Conley come onstage to sing with her. The two are very close friends and it was sweet to see the love shared between them during this song.

After she exited the stage, the crowd cheered for an encore. Samia and her band came back for two more songs. The last one being her cover of “Barracuda,” by Heart. The energy she brought to the stage was unmatched. Seeing Samia live was a treat and I highly recommend checking out her show. Remaining tour dates are linked here.